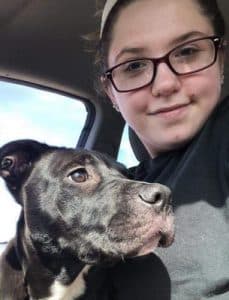 Constance “Connie” Mazzarese had big dreams and the drive and smarts to make them come true. The 16-year-old Owego girl loved animals and wanted to become a veterinary technician. Her mother, Sharon Pond, told the news media that her daughter once rescued a turtle and brought it home to care for it.

Her compassion extended to people as well, her mother said: She never missed an opportunity to help others, especially senior citizens in need.

Tragically, the bright, bubbly, and caring girl was killed Saturday night while riding her bike in Broome County, N.Y. Deputies said the hit-and-run driver, who never stopped to check on Connie after hitting her, was driving while intoxicated. He had a prior DWI conviction in the last 10 years and was driving a vehicle that did NOT have an interlock device aimed at stopping drunk drivers.

This is a story we all know too well – a promising life ended by a drunk driver. And too many repeat drunk-driving offenders find a way around using an interlock device!

The Broome County Sheriff’s Office said Michael Gincerowski Jr., of Port Crane, was driving a 2005 Ford Escape SUV on State Route 369 in the Town of Fenton shortly after 10 p.m. Saturday when he crossed the center line and struck Connie as she was riding with her boyfriend, who was not injured. They were riding on the shoulder of the road, on their way to pick up food at a convenience store, her mother said.

Gincerowski is charged with first-degree Vehicular Manslaughter, a class C felony; Leaving the Scene of an Accident Resulting in Death, a class D felony; Driving While Intoxicated, a class E felony; and first-degree Aggravated Unlicensed Operation, a class E felony. He was arraigned and sent to the county jail to await further court action. Toxicology results are pending.

Gincerowski was arrested at a home about one mile from the crash scene a short time after the crash.

Connie’s mother talked to the news media Sunday night about her daughter: “She was not only the victim, she was my daughter. She’s got a whole big circle of love.”

Connie was a rising junior at Owego Free Academy who participated in the Veterinary Tech program at BOCES and was a member of the school volleyball team, drama club, band, and chorus.

When Connie was 6 years old, her mother said she helped capture feral and stray cats for neutering for Happy Tails animal rescue in Owego.

Connie had also been a cashier at the Price Chopper in Owego in recent months. Her mother and one of her sisters also work there.

In addition to her mother, Connie is survived by a big family: her father and stepmother, and 15 siblings including their spouses, as well as many other friends and relatives.

“She had so much to live for,” Connie’s mother said. “I’m going to miss her terribly.”