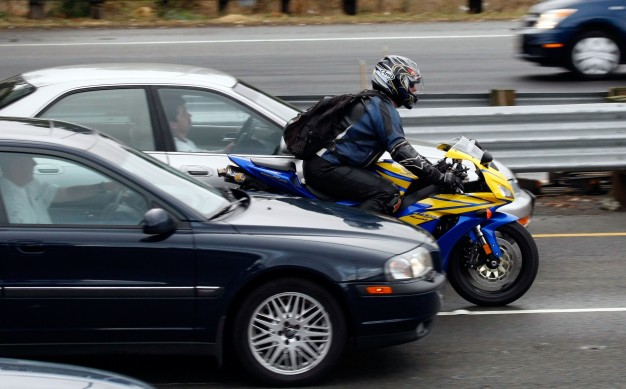 I received an email today from a Twin Tiers resident who does not ride motorcycles, but is a big supporter and is careful to share the road. He is a big believer in looking twice to save lives, and has gotten into the habit, wisely, of looking twice at any stop in the road for pedestrians, bicyclists, and motorcyclists.

He is also an advocate for motorcyclists and bicyclists, reminding others to look twice and explaining why some motorcycles have modulating headlights and loud pipes. We want to do anything possible to get the attention of drivers who are too distracted too often. Flashing headlights help with visibility at a time when many vehicles always have their headlights on. It used to be only motorcyclists had headlights on during the day, but since we have lost that advantage, some have decided to make their headlights modulate to stand out.

Not every rider uses modulating headlights and loud pipes, but I see and hear more and more on the road.

In his email, the writer recalled a moment in traffic that is too familiar to motorcyclists and I had to share it:

My 88-year-old mother has always complained about loud motorcycles. She has a neighbor with a big Harley-Davidson who leaves for work before 7 a.m., and during the summer, he rides to work and rattles her windows.

I don’t think she is going to complain as much after what she saw Sunday.

The blinking headlight caught my eye. There were other vehicles with headlights on, but the modulating headlight stood out. It helped him stand out and helped me focus on him.

As he approached to pass me, his loud pipes told me right where he was at all times. I didn’t have to look because I could hear his progress in passing me. I slowed down and let him pass safely.

There was a converted school bus from a local church just ahead of me a few car lengths and traffic was heavy and slow in the right lane.

I was explaining to my mother how the modulating headlight got my attention and the loud pipes kept it when the motorcyclist pulled up next to the bus in the left lane. The motorcyclist, wisely, pulled to the left side of the lane, giving the bus plenty of room. The motorcyclist lingered a bit in the driver’s blind spot, and then wisely chose to speed up and get past the bus.

But before he could get even with the driver’s window, the driver of the bus began drifting into the left lane and the motorcyclist veered off the pavement into some gravel.

It was a miracle that there was not an accident. The motorcyclist revved his pipes loudly and I am convinced that is why the bus veered quickly back into the right lane. 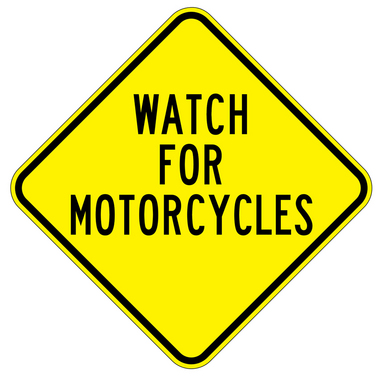 The motorcyclist was able to recover, get his motorcycle back on the road safely, and speed away.

My mother and I were holding our breath and speechless for what felt like one minute. We were sure, for a few silent seconds, that we were going to see a motorcycle fatality.

Finally, she turned to me and said, “Those pipes saved him.”

I think she was right.

The motorcyclist deserves some credit, too. He could see the heavy traffic ahead of the bus and the potential for the bus to pull into the left lane. Once he was able to see what was ahead of the bus, he anticipated (correctly) the dangers in passing the bus.

As you always say, Adam, ride as if you are invisible.