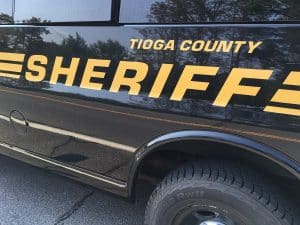 The Tioga County (NY) Sheriff’s Office is investigating the death of a 42-year-old motorcyclist on Tuesday and is seeking the public’s help.

The sheriff’s office said Carl E. Hoaglin Jr. of Newark Valley was riding his motorcycle west on East Berkshire Road in the town of Berkshire at about 8 a.m. Tuesday when he was killed in what the deputies said was a crash. The deputies did not say whether another vehicle was involved, but they did say he was riding alone on his motorcycle.

Hoaglin was pronounced dead at the scene.

Deputies did not release any other information.

The Tioga County Sheriff’s Department’s Accident Investigation Unit is asking anyone with information to call the sheriff’s office at 607-687-1010.

Based on the Sheriff’s Office solicitation for witnesses and information, it would appear they suspect another vehicle is involved.  If anyone has information, whether you think it is important or not, please share it with the Sheriff’s Office.  The family of  Carl Hoaglin, Jr. deserves answers.  Our thoughts and prayers are with the Hoaglin family