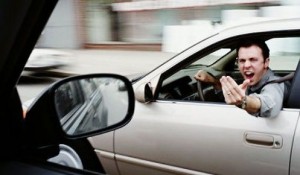 When faced with aggressive drivers, just get away. Don’t confront, don’t argue, don’t get off your bike, just get away.  You have no idea what or who you are dealing with.

That’s my firm advice as a NY and PA motorcycle accident attorney. And a recent incident in Rochester points out how important it is to just get away from potential road rage situations.

Here’s the original story, which is still developing:

“A Rochester motorcyclist has been charged with second-degree assault in connection with an alleged road rage incident.
Craig Hasman, 50, is accused of shooting Michael Lee in the abdomen around 9 p.m Tuesday at the intersection of Lake Avenue and Lyell Avenue.
Witnesses said Hasman was driving his motorcycle south on Lake Avenue with a female passenger, when he and two individuals in a van got into a verbal confrontation.
Police believe it became physical when they stopped for a red light at the intersection. Hasman is accused of pulling his legally registered handgun and shooting Lee once.
Lee was taken to Strong Memorial Hospital where he underwent surgery for the wound.
Hasman is being held in the Monroe County Jail on $10,000 cash bail or $30,000 bond. He is due back in court at 11 a.m. Thursday with his attorney.”

The Democrat & Chronicle reported on the story soon after. “Motorcyclist pleads not guilty in road-rage shooting on Lake Avenue” adds the detail that the van’s passenger, 30-year-old Michael Lee, got out of the van and punched Hasman, knocking him off the motorcycle. I should add that Lee is recovering, described as in satisfactory condition by doctors.

In an interview with the van’s driver, the brother of the shooting victim, he describes the shooting as being provoked only by a verbal altercation. Yet Hasman has a black eye in his police mugshot, and his girlfriend, his passenger on the motorcycle, tells a different story. She alleges that Lee did come up to the motorcycle, push it and punch Hasman. “Update: Road Rage Suspect in Court” by WHEC.com has this update as well as witness statements from the case.

You can see from the local interest and the comments on the reporting so far that people are sharply divided about whether Hasman was acting aggressively or in self-defense.  Based on what we know to this point, it seems like there is a lot of blame to go around. The point of this post isn’t to decide who is right or wrong, but to point out that both these people will be affected for the rest of their lives by what happened.  The biker could have turned off the road and avoided the situation.  At the very least, he could have kept the gun in his pocket.  The driver and the passenger in the van could have also pulled off, or at least not engaged the biker at the light.

YOU NEVER KNOW WHO YOU ARE DEALING WITH. You don’t know if the person you are tailgating, or who is tailgating you, just had the worst day of their life and is out driving with a gun on the seat next to them waiting to take their anger out on someone else.  It is impossible to know who or what you may be dealing with, so the best answer is to just avoid the situation altogether.  I bet that if you asked Hasman and Lee, they would tell you they wished they had avoided this situation.  Of course you would have to go to the hospital and the county jail to find them.

Motorcyclists and drivers all experience irritation on the roads at some time or other. Someone cuts you off, or they drive too slow, or too fast. They tailgate, or decide to spend some time trying to get a verbal altercation going. Aggressive drivers are even more frustrating and irritating to bikers, because we are at greater risk of injury than someone in a car.  The solution, of course, is to always drive defensively and just stay focused on safety.

Some people can’t seem to do this, however. Their anger wells up, and what might have been just been a near-miss or a brief incident becomes a crime with lasting consequences because of road rage.

This recent incident in Rochester shows how tragic and sudden the circumstance can be.