NY and Pa Motorcycle Attorney Warns: Motorcycle Accidents are Doubled in Rochester and Beyond 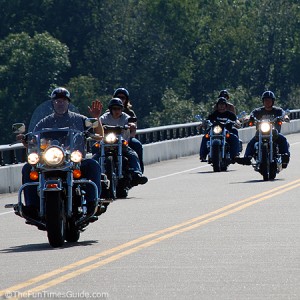 A startling statistic out of Rochester reflects a warning trend to all motorcyclists: Accidents for bikers are on the rise, in our region and the nation as a whole.

The Rochester Democrat & Chronicle reported on the local and national trend in the recent story, “Motorcycle deaths climb this year in Rochester area.” The story has both anecdotal and statistical evidence supporting this dangerous and tragic trend.

The Affeldts, Brad and Beth, a couple in their 40’s, were mentioned in the story. They were responsible people, whose teenage daughter says she frequently kidded about the danger of their “mid-life crisis” motorcycle. They were both seriously injured on a 5-minute ride for ice cream last week. Brad lost a foot and Beth was in an induced coma with brain swelling.

Facts and figures from the National Highway Traffic Safety Administration

This sidebar of NHTSA statistics was included with the Rochester story. There are some very sobering numbers in here:

What to take away from this

Going strictly by the numbers, there are some simple precautions that could make a difference in your safety on a motorcycle.