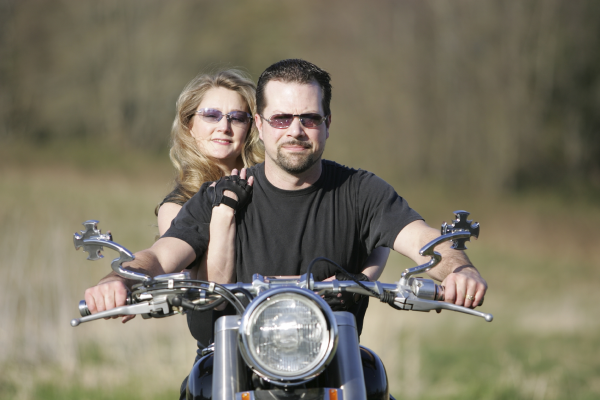 Many Pennsylvania motorcyclists have made the choice to leave their helmets home since the state’s helmet law was repealed in 2003.

Pennsylvania state lawmakers gave motorcyclists the choice in 2003 whether to wear a helmet or not when riding, and in the 10 years since the helmet law was repealed, deaths in motorcycle crashes are up 35 percent, according to a news report in the Pittsburgh Tribune-Review newspaper.

I’m not coming down on either side of the debate over helmets. I believe it’s the choice all motorcyclists must make when given the option of leaving their helmet home.

I hope this story starts reasonable and unemotional discussions about the issue of motorcycle helmets.

WETM-TV also reported the story from The Associated Press.

The Tribune-Review reported that last year, 210 people died in motorcycle crashes, according to the Pennsylvania Department of Transportation. Only 100 of the people who were killed wore helmets, while 104 did not; it’s unclear in the other six cases.

On the helmetless side of the argument is a lobbyist for the Alliance of Bikers Aimed Toward Education of Pennsylvania, who fought for the helmet law repeal: “The helmet is not the panacea everyone thinks it is,” said Charles Umbenhauer, who also cites these figures in the Tribune-Review:

Registrations have skyrocketed 53 percent since 2003. More motorcycles mean more new riders and more crashes and more fatalities, Umbenhauer said. PennDOT records show 5.19 deaths per 10,000 motorcycle registrations in 2012 and 5.92 for 10,000 in 2003.

Two doctors made the argument for helmets in the Tribune-Review story. Riding without a helmet increases the chance of death or a catastrophic head or neck injury, said Dr. David Okonkwo, clinical director of the Presbyterian’s Brain Trauma Research Center at the University of Pittsburgh Medical Center. Dr. Anthony Fabio, an associate professor of epidemiology at the University of Pittsburgh Graduate School of Public Health and the director of the Consortium for Injury Research & Community Action, said head injuries from motorcycle crashes jumped significantly since 2003.

State lawmakers say they don’t plan to fight to reinstate the helmet law. In the end, motorcyclists on both sides of the argument say they have the right to make their own choice, without government intervention.

Motorcyclists who wear helmets and those who don’t both told the Tribune-Review it should be an individual choice, not a government mandate.

“I believe I have the right to make that decision myself, as to what sort of safety gear I will use,” said Len Young, 55, who does not wear a helmet.

Brad Headley, 58, wears a helmet when he rides on weekends with the Southern Cruisers Riding Club in Washington and Greene counties.

“Not all riders are going to make good choices, but when you start taking people’s individuality away from them and their abilities to make choices, you’re starting to get into an area where you’re infringing over people’s rights,” he said.

Where do you stand on helmets? Do you wear one?

Do you wish New York State would repeal its helmet law?

Please add your comments below!

Thanks for reading, and remember to ride safely!