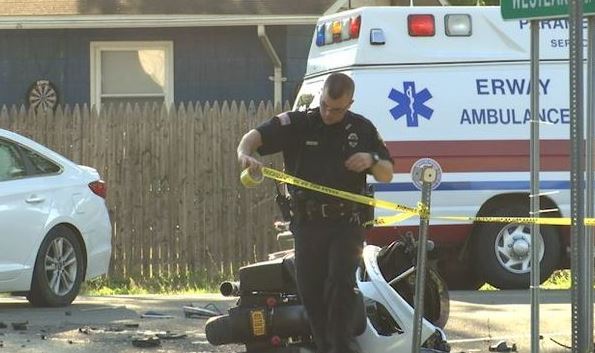 An Elmira man has been charged with driving a vehicle while his abilities were impaired by drugs following a crash Tuesday evening that killed a motorcyclist and his passenger in Horseheads, according to news reports.

Horseheads police are requesting that anyone who witnessed the crash contact them at (607) 739-5669.

Charnetski was turning left onto Westlake Street from Westinghouse Road shortly before 6 p.m. Tuesday when the crash occurred.

Chief Stickler also said Charnetski did not see the motorcyclists.

Charnetski and two passengers in the vehicle suffered minor injuries.

News reports said the crash scene was blocked off for hours after the collision so state troopers and village police officers could investigate. According to initial scanner reports, a medical helicopter was called to the scene.

The investigation continues and more charges are pending following blood tests and the crash reconstruction, according to news reports. It is a near certainty that Charnetski will be charged with Vehicular Manslaughter.

As I have repeatedly written, left-turning vehicles are the greatest threat that bikers face on the road. Not only are they the most common type of motorcycle collision I see, they also have the potential to be the most deadly. Car drivers today are more distracted than ever, and that’s before we add alcohol, or in this case, drugs, to the mix.

Please keep these two bikers and their families in your thoughts and prayers today. Please ride safely and anticipate the unexpected. We can all honor the lives of these bikers by refusing to give up the joy and freedom we experience every time we throw a leg over our bike.