Types of Bike Crashes and How to Avoid Them 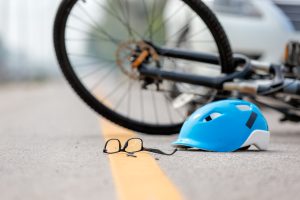 When it comes to cutting down on the use of fossil fuels, one of the best ways is to swap out your car for your bike. Hitting the road on a bicycle can cut down on fuel usage while giving you a great outlet for healthy exercise. However, it’s important that you understand the dangers that go along with cycling so that you can try to reduce the risks caused by careless drivers.

Bicyclists are often injured when struck by doors opening from parked cars by folks who didn’t bother to check for oncoming traffic before opening their door.  Under NY law, opening a vehicle door into moving traffic, including into a bicyclist, is a violation of NY Vehicle and Traffic Law Section 1214.

All too often, vehicle owners swing open their doors to exit without looking. Many bicyclists end up crashing into these unlawfully opened car doors. This especially holds true in the bigger cities where bicycle lanes have been instituted right next to street parking spaces for vehicles. It’s quite common to hear these types of crashes referred to as “dooring crashes.”

One way for folks in cars to avoid this type of collision is called the “Dutch Reach,” as it’s a common practice in the Netherlands, where biking is extremely popular. Instead of opening the door with the hand that’s closest to the handle, drivers should use the opposite hand. This forces them to turn their body toward the street, where they will clearly see if there are any bikers around.

For cyclists, you should be on the lookout for warning signs that someone in a car is getting ready to open their door: did the car just pull into the parking space or can you see folks in the car?

Another common type of bicycle crash is the left hook. This happens when a motorist makes a left-hand turn across traffic with complete disregard for the oncoming cyclist in the opposite lane.  Again, turning across the path of oncoming traffic is a violation of NY Vehicle and Traffic Law Section 1141.  This type of left hook crash results in either a frontal collision of the vehicle into the bicycle or the cyclist runs into the side of the car.

Many times, the motorists claim that they were unable to see the bicyclist or didn’t see them until the last minute. To help reduce your risk of being involved in this type of bicycle collision, it’s a good idea to be extra mindful of cars crossing in front of you.

Just as motorists can turn in the way of oncoming cyclists in a leftward direction, they can do the same to the right. Another common crash is when a motorist makes a right-hand turn without checking or signaling. The car basically runs right into the path of the cyclist who is next to them.

As a cyclist, it’s helpful to be mindful of when there are upcoming turns. Try to position yourself either in front of or well behind any vehicle. This way, you’re out of their path of travel in the event that they make a last-minute turn without signaling. As a driver, always make sure you signal if you’re in a turning lane.

There is no shortage of bicycle collisions throughout the country. Often, it’s because drivers fail to appropriately share the roadway with cyclists that causes the majority of problems.