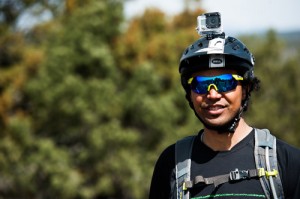 In my almost 30 years of representing injured cyclists it has been interesting to watch the impact that various new technologies have had on cycling and the bicycle crash cases.  This has been both bad and good.  Some technologies are responsible for causing more bike/car collisions (I.e. Cell phones, GPS) and some technologies (surveillance videos, body-mounted cameras) are actually assisting cyclists in proving that their collisions were due to the actions of an unsafe driver.

In this post, I discuss the increasing importance played by body-mounted or bike-mounted cameras.

Sad to say but when there is a bike collision, even when the motorist was clearly at fault, it is VERY common that the motorist will NOT accept personal responsibility and will instead blame the cyclist.  Over and over again I have seen otherwise honest drivers falsely claim that the cyclist was the cause of the collision rather than admitting they were at fault.

I used to believe that most drivers intentionally lied to avoid liability but I now believe that there is a deeper psychological principal at work here– people simply can’t stomach the idea that they inadvertently hurt someone so their brain reprocesses how the accident occurred in a way that deflects blame from them and imposes it on someone else, anyone else.  It’s the grown up version of the little kid that adamantly and earnestly denies that he walked through the kitchen with his muddy shoes despite the long line of muddy footprints that convincingly prove otherwise.

Compounding the problem of driver’s adamantly denying fault is the fact that many police officers seem to have a strong predisposition to blame the cyclist.  Many times this occurs because the cyclist is badly injured so they are unable to tell their version of how the collision occurred so the police officer accepts the motorist’s version as gospel because that is the only version he has heard. Other times, the motorist tells one version, the cyclist tells another version, and the officer simply doesn’t take the time to thoroughly investigate (interview ALL witnesses, take photos and measurements of skid marks, physical evidence, etc.).

So in many of my bike accident cases it becomes tough to PROVE who was at fault.  One tool that can make a huge difference is video of how the collision occurred.  As the old saying goes “a picture is worth a thousand words”.

Many cyclists have now resorted to using a “black box” — a tough, mountable camera that records footage during a ride. The hi-res cameras could serve as a deterrent for motorists who may otherwise drive recklessly. They are there to provide footage for police in the unfortunate event a cyclist is hit or harassed by a driver.

The Huffington Post has a great story about a mother and her 1-year-old son who were struck by a car three years ago while walking in a crosswalk in Washington, D.C. An avid rider of a 100-pound cargo bike, the mother, Megan Odett, now wears a GoPro camera to help protect herself after close calls on her bike.

It’s sad that cyclist’s need to wear cameras to prove the fault of the drivers who often falsely claim that the cyclist was at fault. In my own cases, on many occasions, I find that the driver’s frequently lie and attempt to blame the victim.  Although I don’t wear a camera myself, I certainly think it’s a good idea for those cyclists who frequently ride on busy urban streets. Sad to say but sometimes one can’t be too careful….

Having a point-of-view camera is a huge help in hit-and-run cases, since the proximity to the vehicle as well as the image and audio quality are better than that of red light and surveillance cameras. In other cases, the camera is an impartial observer that can help determine which party was at fault, the reporter noted. 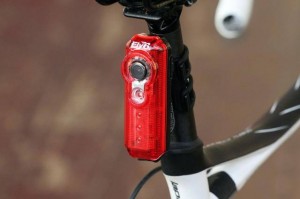 The market is ready. In February, the Fly6, a combination rear bike light and audio/visual camera specifically designed to record drivers behind a cyclist who may rear-end, cut off or unsafely pass a biker was unveiled.

Australian cyclist Paul Ludlow was able to use Fly6 footage (here) after police initially believed the account of the driver who allegedly cut Ludlow off. (Go to settings and set it to .25 speed so you can see what really happened.)

“[The camera] proved everything,” Ludlow told HuffPost via email. “The police then advised me that they were going to charge the driver as he had failed to give way to an oncoming vehicle.”

Dina Driscoll, a 30-year-old Philadelphian who bikes with her kids, told the HuffPost she wears her camera mounted to her helmet.

“It’s the most visible to drivers,” she said. “I point to it sometimes if a driver is being really aggressive, [as if to say] ‘Hey, I notice you.’”

Do you have a wearable camera or do you plan to soon buy one?

Tell us about your experience in the comments below if you already have a camera.