Thanks To Boy Scout and His Friends, Bike Share Program Taking Off In Big Flats Park 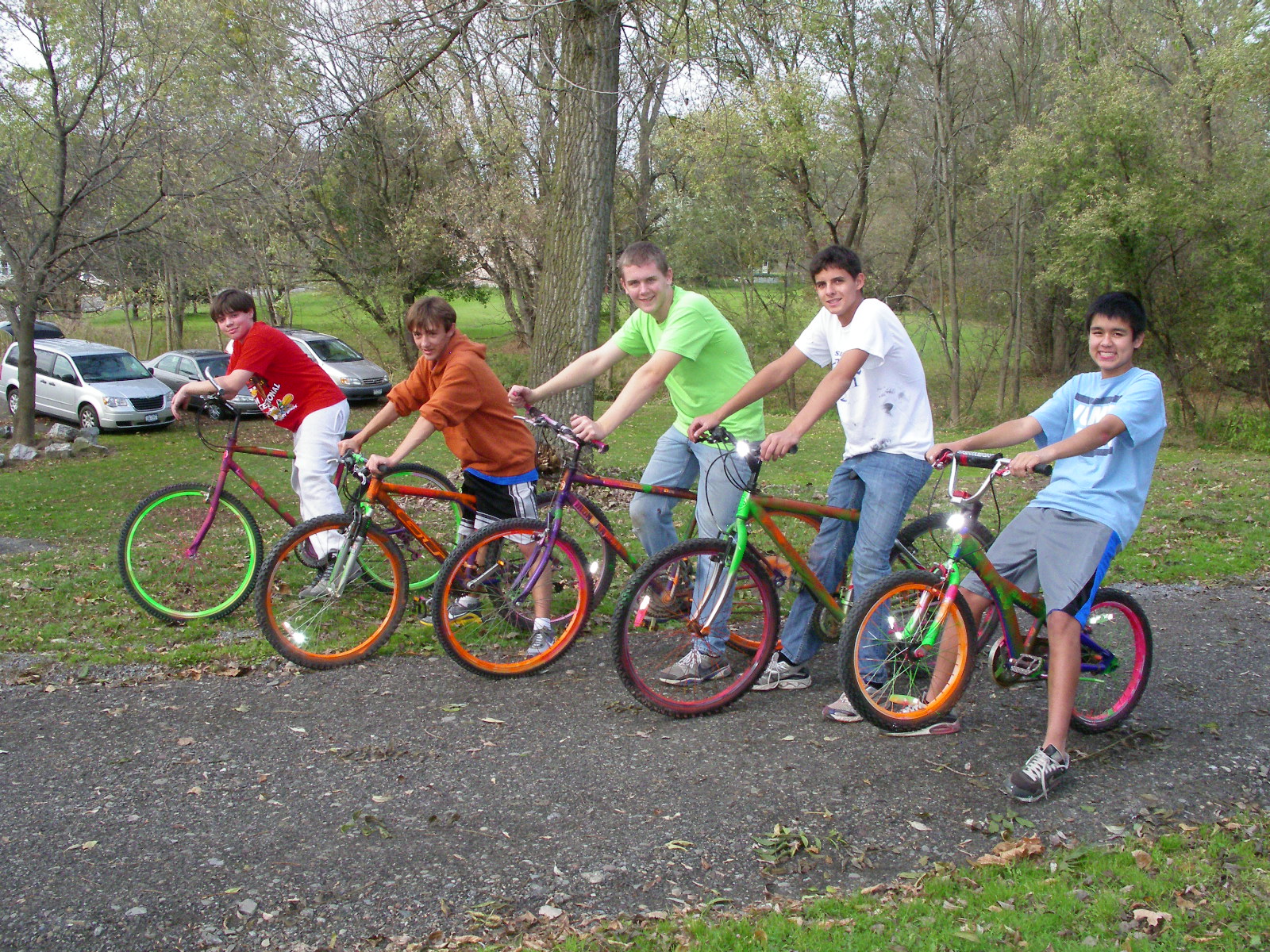 A group of Scouts had fun painting some of the bikes for the new bike sharing program.

A Big Flats Eagle Scout is leading a project that is putting the finishing touches on an awesome new bike sharing program at Sperr Memorial Park in Big Flats.

My congratulations to Eagle Scout candidate Brendan Marshall and other Scouts from Troop 3097 in Big Flats, who spruced up and repainted an old shed and a bunch of bikes for the bike share. What a great community project by some terrific youngsters!

The white bike-sharing shed, which will soon have a sign, is located at the west entrance of Sperr Park near the intersection of Winters, Hibbard and Maple roads.

Look for this white shed to borrow a bike while visiting Sperr Memorial Park.

Brendan’s mother, Kim Marshall, said Brendan was helped by six to 10 other Scouts and some Scout leaders in replacing some rotted boards and old shingles, installing shelving and hooks, and painting the shed and the bikes.

“The boys really had fun painting the bikes so they’d stand out,” Kim said.

She also said the trail around the park was busy the day Brendan and his friends were working on the shed, and the project drew a lot of interest.

“The parking lot was full almost all day, and several people stopped to ask what we were working on,” Kim said. “Once they learned about the bike share, they thought it was a great idea. If the number of people using the trail that day was pretty typical, the bike share should get a lot of use.”

Sperr Memorial Park is a memorial to slain state Trooper Andrew J. Sperr, who was shot to death on March 1, 2006, by two fleeing bank robbers. The gunmen were captured later that day.

Trooper Sperr would be proud of these young men, who have pledged to make a positive impact in their community.

So go take out a bike and go for a ride around Sperr Memorial Park. It’s a great opportunity to enjoy our beautiful fall weather and celebrate the achievement of these fine young men and their families.

To learn more about other bike share sites in Elmira, Corning and the Twin Tiers, visit the Southern Tier Bicycle League, and even better, become a member of STBL and help support great programs like this.

The bike share project was supported by STBL, the town of Big Flats and a grant from the Community Foundation of Elmira Corning and the Finger Lakes Inc.