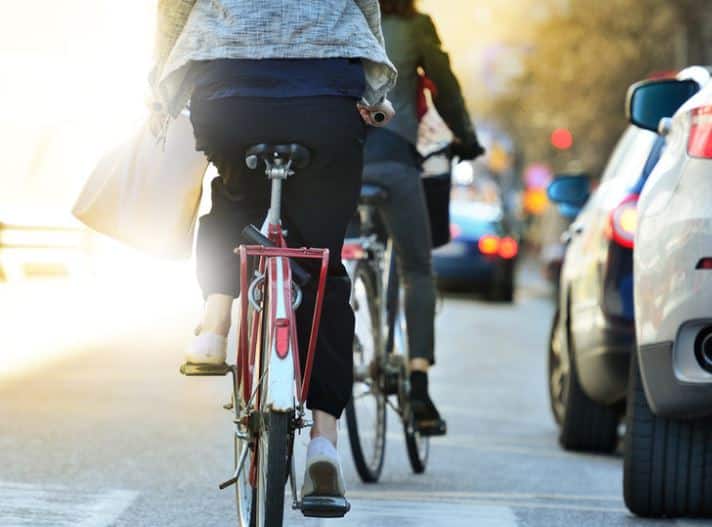 I was driving on North Main Street in Elmira recently, in the construction area between West Second and West Clinton streets where the new roundabout is being built, and I observed a bicyclist trying to navigate among impatient drivers. 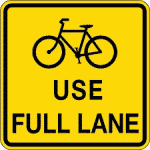 The bicyclist was riding in the middle of the right lane, traveling north, and an impatient driver behind him was beeping his horn at the bicyclist. It was a disgraceful scene and I was amazed that the bicyclist maintained his composure and remained focused on the rough and narrow road.

Later, I was talking with a friend, who’s not a cyclist, about what I saw and he was familiar with the construction area and focused on the quality of the road and the narrow lanes, and like most drivers who don’t ride a bike, NOT on the rights of bicyclists.

This is what I told him:

There is no such thing as a lane that isn’t big enough for a bike. NY law says a bicyclist can use the ENTIRE lane when necessary to ride safely. The bike has just as much right to use the full lane as a car.

I wrote this in a related blog post earlier this month:

New York State law recognizes that there are times a bicyclist may need to move away from the right-hand curb or bike lane. Vehicle and Traffic Law 1234 says a bicycle shall be driven near the right-hand curb except when the cyclist is preparing for a left turn or when “reasonably necessary” to avoid unsafe conditions. In other words, it is perfectly legal for a bicyclist in NY to use the full lane when necessary to ride safely.

My friend, who hasn’t been on a bike in years, admitted he moves over at least three feet when passing bicyclists – which is greatly appreciated, because many motorists don’t – but also admitted he gets impatient and forgets when slower-moving bicyclists are “blocking” his lane.

He quickly corrected himself, saying bicyclists “who use the full lane.”