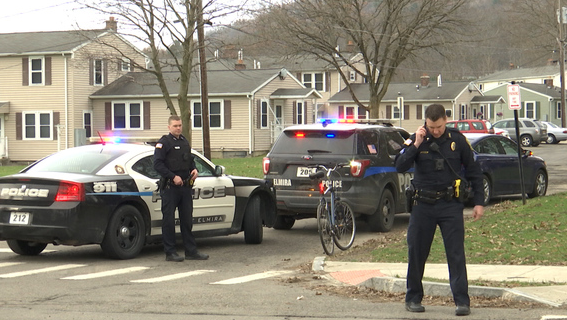 I am sad to report that another Elmira bicyclist was struck by another careless motorist who simply wasn’t paying attention and struck a bicyclist while making a turn.

At about 7:30 a.m. Friday, a motorist struck a male bicyclist, identified as a man in his 50s, at Roe Avenue and Hoffman Street on Elmira’s Northside, about one city block from Arnot Ogden Medical Center. The driver was turning right from Hoffman Street into Roe Avenue when they struck the bicyclist. Fortunately, the bicyclist suffered non-life-threatening injuries, police said.

The driver was ticketed for Failure to Use Due Care For a Bicyclist, police said. 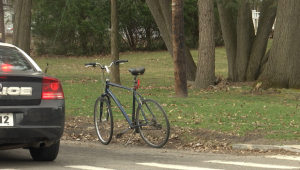 Drivers are legally required to share the road with other vehicles, bicyclists, and pedestrians. It is NOT an excuse to say, “I didn’t see the bicyclist” or “I didn’t notice the pedestrian in the crosswalk.” As a driver, it’s your legal DUTY to be observant and see what is there to be seen.

So, please, when driving, be on the outlook for bicyclists, walkers, joggers, kids on skateboards. Paying attention saves lives ….

On Tuesday afternoon, bicyclist Charles G. Rogers, 68, of Elmira, was struck and killed in a crosswalk by a drunk hit-and-run driver on Grand Central Avenue in Elmira near the Clemens Center Parkway Extension and the north entrance to Eldridge Park.

The driver of the vehicle, who police said was drunk at the time of the crash, was stopped by Elmira Heights police after fleeing the scene. Sara Harnas, 40, of Elmira Heights, is facing two felony charges – first-degree Aggravated Unlicensed Operation and Leaving the Scene of a Fatal Accident. Her license has been suspended six times, police said, and she did not own the car she was driving at the time of the accident.

In Friday morning’s crash, news reports said the driver of the 2016 Ford sedan, who was not identified by police, was traveling south – in the same direction as the unidentified bicyclist – when the sedan hit the bicyclist.