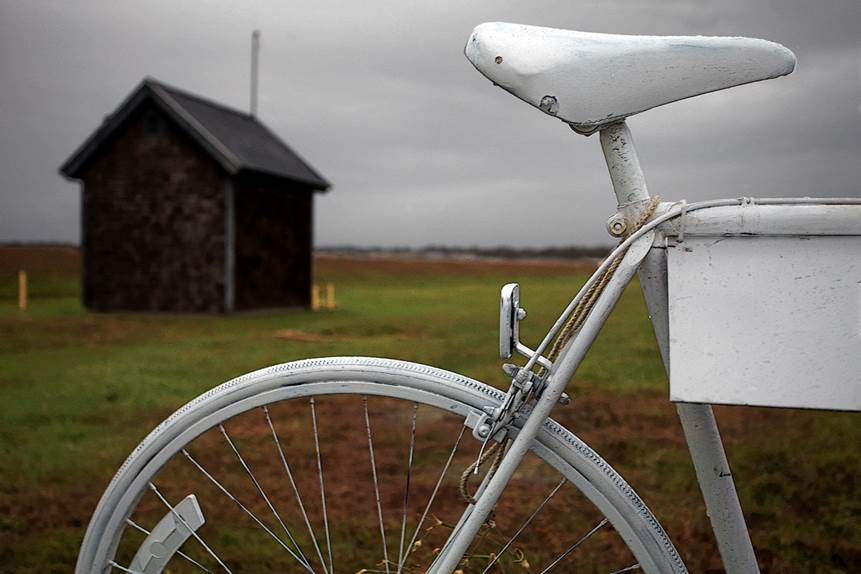 Ghost bikes, those white-painted bikes we see chained to guardrails and road signs, are a haunting memorial to cyclists who died when struck by motor vehicles.

They are a chilling reminder of the need for both safe driving and safe cycling.

I recently purchased a beautiful book devoted to ghost bikes across the country. I was so intrigued by the book I reached out to the author, Genea Barnes, to write a guest blog post describing why she undertook this emotional project and some of her experiences as she toured the country and Canada, photographing ghost bikes and learning the stories behind each ghost bike.

In May 2010, I was walking around Brooklyn with my camera and I saw it, my first Ghost Bike. I knew immediately what it meant; a child had been killed on a bicycle. It was as if I could see the spirit standing there. 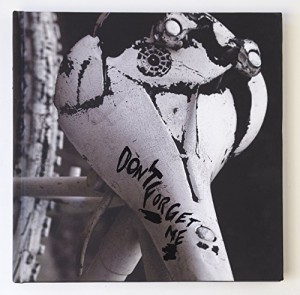 In the days that followed, I saw at least three more ghost bikes. Today, more than ever, people move through the world without a strong sense of spatial awareness. To me, a ghost bike represents the most grievous outcome of this. If you ride a bicycle on a regular basis, you have had a close call; a moment where you were aware enough to avoid the worst, or maybe you were lucky. I knew I had to find a way to raise awareness of how we (cyclists and drivers alike) move within our infrastructure.

I returned to New York in December to “officially” start my Ghost Bike Project, and over the next couple of years I sought Ghost Bikes in every city that I visited. During this time, I worked on pieces combining photos of Ghost Bikes with images of live people, shot in my studio and manipulated through Photoshop to look like ghosts. I was mirroring my first encounter with a Ghost Bike. In my travels, I found that in most places,

Ghost Bikes are removed after a short time. This discovery upset me, and I wanted to help these memorials and their sentiment live on. In 2012, I did a Kickstarter to fund a road trip to photograph Ghost Bikes around the country. The goal was to create a book, a lasting memorial, and a poignant reminder to be aware and to keep each other safe. 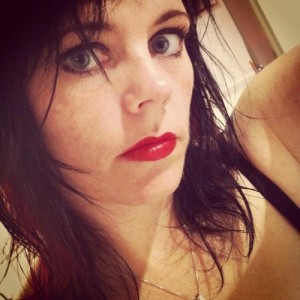 After months of research under my belt, I flew to New York, rented a car and set out to find and photograph as many Ghost Bikes as I could. In the course of 27 days on the road, I traveled just under 6,000 miles, I stopped in 45 different cities, and I found 66 of the 126 Ghost Bikes I had sought.

There are moments in any big project that one is presented with the question of whether or not they are doing what they are supposed to. I was fortunate to get many confirmations along the way, which I wrote about in the first portion of my book.

My favorite was after one of my longest days on the road.

When I arrived in Canada, I quickly realized that my budget would not allow me to stay for the intended two days. Instead of taking my time, my new goal was to shoot all the bikes in Toronto, drive to Ottawa, shoot the bikes there, then get stateside and find a cheap motel. 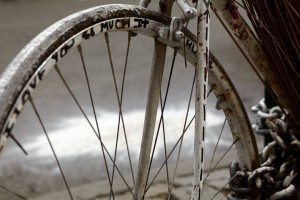 I went to sleep around 1 a.m. after completing the research for the day to follow. I woke at 5 a.m. and headed out. I arrived stateside around 10 p.m., and stopped to use the internet to find a cheap motel. The closest one that I could justify the price was an hour and a half away. I arrived in Plattsburg, N.Y., exhausted, and I couldn’t believe my eyes. There was a Ghost Bike locked to the fence in front of the motel I was staying.

It was moments like these that made me trust that what I am doing will make a difference. I do not want for much in this life, but I do want to affect the world in a positive way.

The book is divided into two sections. The first, the journal of my travels while searching Ghost Bikes, including small photographs that document who the bike was for, and where it was located. The next section includes images that were created from the photographs that I took. The book is hardcover and 148 pages.

Thanks for reading Genea’s blog post and I recommend the book to all bicyclists!