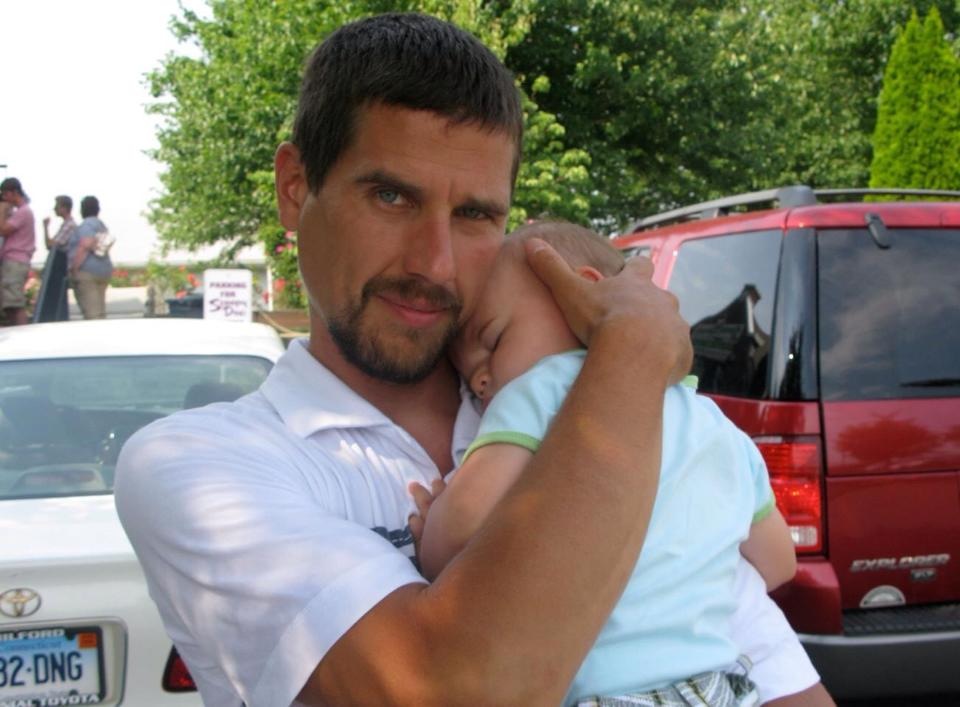 Matt Miller holds his infant son Holden, who is now 7. Matt was killed last month when his bicycle was struck by a car.

New York State Sen. Tom O’Mara, R-Big Flats, gets it when it comes to bicycle safety. 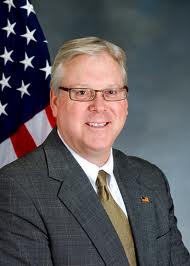 Our terrific senator spoke last week before the start of the Awareness Ride in Memory of Matt Miller, which started and ended last Thursday evening under gray skies at Eldridge Park in Elmira.

Senator O’Mara reminded motorists to be vigilant in watching for cyclists, pedestrians, runners.  He said that he would throw his support behind a pending bill (see more below) promoting greater motorist education regarding cycling safety.  And finally, he offered his condolences to Matt’s family and friends.

I know how busy Senator O’Mara’s schedule is so I was very pleased that he accepted the invitation to make the opening remarks at the Awareness Ride.

Hundreds of people turned out to remember Matt, a 1989 Elmira Free Academy graduate who was struck and killed by a left-turning motorist last month in the Town of Southport.

Sen. O’Mara has earned the respect and admiration of Twin Tiers bicyclists by pledging to co-sponsor a bill in the New York State Legislature that would add a bicycle and pedestrian safety component to the pre-licensing driver’s exam and driver’s manual. You can read the legislation here.

I have also emailed state Assemblyman Christopher Friend, R-Horseheads, to support this bill in the Assembly.  I haven’t received a response yet but I hope Assemblyman Friend will support this important cycling legislation.

I believe in the importance of cycling advocacy. I am an outspoken defender of bicyclists’ rights, and am on the board of the New York Bicycling Coalition, where I fight for important cycling legislation. My work also benefits pedestrians, runners and motorcyclists, anyone who is seemingly invisible to our distracted motorists these days!

I am representing Matt’s family in all matters pertaining to Matt’s death, including a wrongful death action to financially provide for his family. His family and friends have told me what a loving and devoted father and husband he was to his wife Michele and son Holden, 7.

Matt would want something positive to come out of his tragic accident. Let’s all pledge to cut down our distractions while driving and remember to be especially mindful when we make turns to watch for everyone, not just other vehicles.

Now it’s your turn to get involved and let our local elected representatives know what you think and why this legislation is important:

Thank you for reading and getting involved!