The Ziff Law Firm thanks New York State Sen. Tom O’Mara for his tireless fight to make our streets and roadways safer for bicyclists and pedestrians.

On Wednesday, the New York State Senate approved legislation that O’Mara has co-sponsored for several years that would require the state Department of Motor Vehicles (DMV) to incorporate a bicycle and pedestrian safety component into the pre-licensing driver’s manual and test that motorists must pass before receiving a driver’s license. 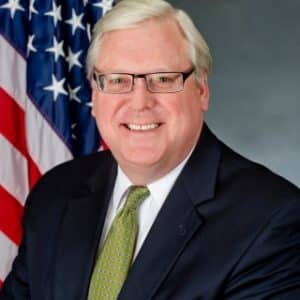 O’Mara has been fighting for this legislation since April 2014, when bicyclist Matt Miller, 43, was struck and killed by a left-turning motorist on Hendy Creek Road in the town of Southport. The motorist was ticketed for Failure to Yield the Right of Way.

O’Mara first pledged support for the measure at the Awareness Ride in Memory of Matt Miller in Elmira in May 2014.

The NY Bicycling Coalition has also been a strong advocate for this legislation, lobbying for it for years, and its work with O’Mara has helped to make a difference. I am a proud NYBC board member and former board president of the Coalition, so I know what an important role NYBC played in fighting to make our roadways safer for everyone.

“With more and more cyclists sharing our roadways, we should take every reasonable step to make all drivers more aware of the need for safety,” said O’Mara, a member of the Senate Transportation Committee. “This legislation would help make motorists more aware of bicyclists on the road, and help prevent accidents and save lives.”

O’Mara has co-sponsored and the Senate has approved the legislation in the past. Specific provisions of a new driver awareness and education component could include instruction on:

“Matt Miller’s tragic death in 2014 led the local cycling community to get behind this and other pieces of legislation and it made all of us more aware of the need for action,” said O’Mara, noting that these local efforts continued with Wednesday night’s Ride of Silence in Elmira’s Wisner Park. “Making all drivers more aware of sharing the road with cyclists and pedestrians is the most effective way to make our roadways safer.  It’s a straightforward, common-sense piece of legislation that could save lives and the state Assembly leadership should approve it.”

O’Mara also continues to sponsor legislation to establish a three-feet, safe-passing zone as the minimum distance that motorists must provide when passing bicyclists on roadways.

The legislation, currently in the Senate Transportation Committee, has been supported by bicycle safety and other bicycling advocates statewide, including the Southern Tier Bicycle League and other local safety advocates.

According to some estimates, the surge in cycling’s popularity has resulted in more than 200,000 bike riders taking to roadways daily. The legislation is sponsored in the Assembly by Assemblyman Phil Steck (D-Colonie), where it’s currently in the Assembly Transportation Committee.

If enacted into law, New York would join 26 other states that have enacted three-feet, safe-passing laws. Supporters of the legislation, including O’Mara and Steck, say that as the state Department of Transportation (DOT) continues to actively install bike lanes on roadways throughout New York, their legislation is timely and necessary to help ensure the safety of the increased bicycle traffic.