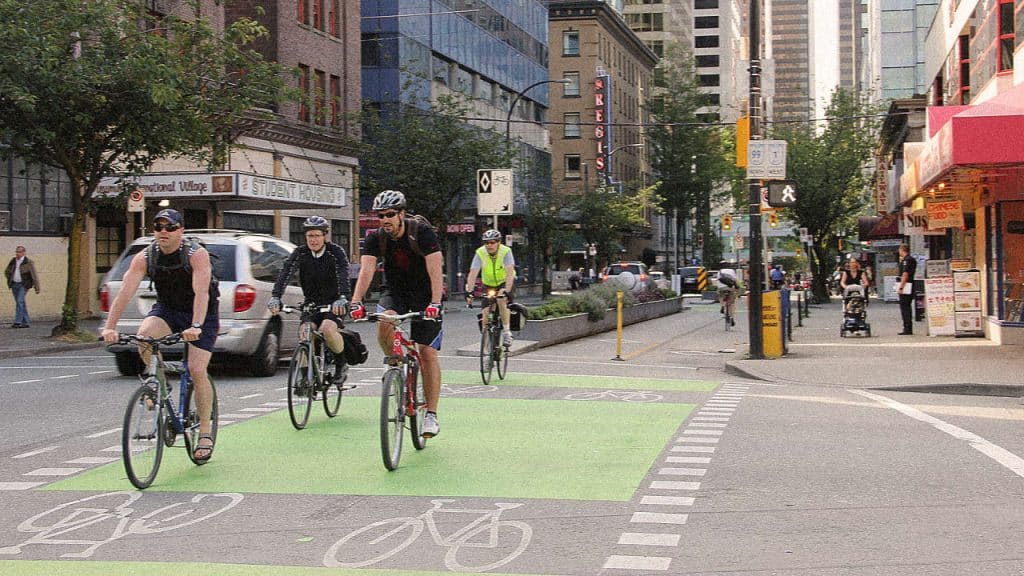 New York City Mayor Bill de Blasio recently told the news media that he may require Citi Bike riders to wear helmets, and in addition, the city may require ALL cyclists to obtain licenses. I am adamantly opposed to these measures because they seek to punish the victims (bicyclists) rather than the careless motorists responsible for the epidemic of cyclist fatalities and injuries. As of Sept. 15, 21 cyclists have been killed on New York City streets this year, 11 more than in all of 2018. 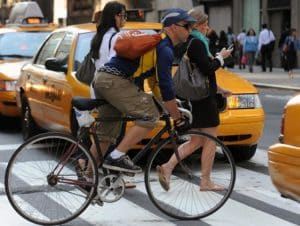 Pitt wrote: By creating even more barriers to entry for New Yorkers who are bike-curious, or those who are casual riders, the city would, in fact, make cycling even more dangerous.

“Requiring adults to use bicycle helmets has been shown time and again to discourage people from biking,” Marco Conner, the deputy director of Transportation Alternatives, said in a statement. “When there are fewer people biking on city streets, we see higher rates of bicyclist crashes and injuries, in part because car and truck drivers become less accustomed to operating around bicyclists. The safest cities for biking and walking in the world do not mandate bike helmets or licenses.”

Pitt wrote that studies shown that cycling in cities becomes safer when more riders are on the roads — and bike-sharing programs like Citi Bike have contributed to that increase. She said according to the city’s Department of Transportation, there were close to 179 million cycling trips taken by New Yorkers in 2017, with about 17 million of those coming from Citi Bikers.

Pitt supports helmet use in most cases, saying taking the extra precaution is a good idea. But at the same time, she wrote this:

Pitt is also critical of licenses for cyclists, calling it unpopular and tough to enforce.

Her solutions: “Investing in cycling infrastructure, such as bike lanes that are separated from vehicular traffic by some kind of physical barrier (rather than painted stripes), would go a long way. … But reducing the number of cars on streets is also important, both in terms of making streets safer for bikers and pedestrians, and encouraging more people to ride.

“De Blasio should listen to the many advocates who’ve implored him to accelerate the implementation of protected bike lanes, adopt internationally recognized safe streets design protocols, and find ways to shift the focus away from cars, and onto the millions of New Yorkers who get around in other ways.”