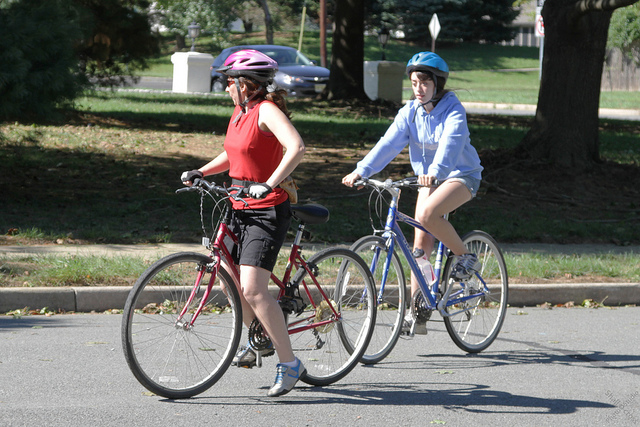 The League of American Bicyclists lists NY No. 42 in its national ranking of Bicycle Friendly States for 2012.

The League of American Bicyclists, in honor of National Bike Month in May,  recently released its latest Bicycle Friendly State Program rankings, and New York was a dismal No. 42 in the national ratings, the League’s fifth annual assessment.

As a new Board Member of the NY Bicycling Coalition (NYBC), a statewide bicycle advocacy group, I was disappointed to see that NY was rated so poorly. There is lots of room for improvement in making NY a safer and more hospitable environment for cyclists.

The good news is that certain cities (i.e., Rochester) are making great strides forward in designing and implementing cycling infrastructure.

The bad news is there’s lots of work ahead of us but it is my hope that groups  like the NYBC and their many devoted volunteers will continue to make incremental improvements in making the Empire State cycling friendly.

According to a news release from Brian Kehoe, the NYBC Executive Director, the state’s ranking was based on many points, including infrastructure and funding that provide on-the-ground bicycle facilities; education and encourage programs that promote cycling; and passage and enforcement of bicycle-friendly laws that make it safe and comfortable for people of all ages to ride.

New York’s recently enacted Complete Streets Law was noted as a positive achievement, according to the news release. Tips for improvement included adoption of a state bicycle plan and the establishment of a statewide bicycle advisory commit­tee to oversee its implementation.

To learn more about the national rankings, click here.

To see the report card on NY, click here.

Read all about the bicycling renaissance in Rochester by clicking here!

Washington state was No. 1 in the national rankings, followed by Minnesota and Massachusetts.

RESIDENTS of Elmira, Corning and the Twin Tiers, what can we do to make NY more welcoming and safer for bicyclists? Please share your comments below!

Ride safely, and thanks for reading!