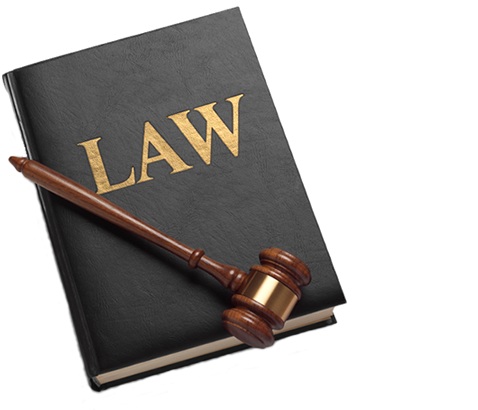 I wanted to share with readers a real-life example of the serious issues that arise in the aftermath of a bicycle accident.

I’ve written before about the cyclist I mention in this post. His name is Brian Klotz, and I talked about his accident in the post “SUM Insurance: The Inexpensive and Important Coverage Every Bicyclist Needs to Know About.” Brian was severely injured when he was rear-ended by a pick up truck last year and he’s made some difficult discoveries about insurance and his legal rights as a bicyclist who was struck by a car through no fault of his own.

I have his permission to share some details of his story. Brian and I both think his situation may be instructive for all cyclists who are required to share the road with motorists. In this post, I want to discuss what’s going on with the motorist who struck Brian.

Brian was out on an endurance ride on Dec. 28, 2009, when he was was rear-ended by, as he puts it an elderly man driving a pickup truck. The collision sent Brian into frozen hay field. He suffered a broken back, a concussion, severe bruising, deep gashes and a badly separated shoulder.

Now the question is what should happen to the driver who struck Brian? What punishment should he have and/or what kind of compensation does he owe to Brian. That’s what this post explores.

There are two separate legal systems that may be at play in any bike vs. car collision: the criminal law system and the civil law system. Let’s discuss them one at a time.

The criminal law system is involved when a person’s conduct violates a written law that prohibits a certain type of behavior: You cannot shoot your annoying neighbor, you cannot steal from the store, you cannot drive 100mph. Criminal laws include felonies (the worst crimes), misdemeanors (lower level crimes) and violations (the lowest level).

Included under the umbrella of criminal laws, are laws (usually violations) that control the behavior of drivers, cyclists, pedestrians, motorcycles, etc. The criminal law system is the domain of the police, the prosecutors and the court. As a civil lawyer, I play no formal or official role in the criminal system (although behind the scenes, I do strongly urge aggressive prosecution of violators of the law).

In Brian’s case, the driver who rear-ended him with was charged with violating Section 1146 of the Vehicle and Traffic Law of the State of NY which provides: Drivers to exercise due care. Notwithstanding the provisions of any other law to the contrary, every driver of a vehicle shall exercise due care to avoid colliding with any bicyclist…”

The driver in Brian’s case pled guilty to that charge and was fined $185.

I am sure I speak for all cyclists when I say that $185 seems a pittance for a person to pay for wrecking a cyclist, destroying his bike, breaking his back, etc. but quite frankly that very typical of the very small financial penalty imposed by the criminal court system in the typical bike vs car collision.

Restitution (a court order directing a defendant to compensate a victim for their financial losses) can be ordered by the criminal court but in the vast majority of the cases, the court does not order restitution and even when it does order restitution, restitution does not include compensation for pain and suffering or disability.

Thankfully, the criminal law system is not the end of the road for either the driver or the injured cyclist, as there is also our civil law system.

Under our civil law system, a person who carelessly or recklessly injures another may be required to compensate the injured party for the full extent of the damages suffered by that person.

I represent injured cyclists like Brian under this civil law system. My job is to investigate the collision and preserve as much evidence as possible so I will be able to prove at trial that the accident was caused by the carelessness of the driver. Having handled bike cases over the last 24 years I know that the lawyers for the motorists always claims that the cyclist was at fault so I need all the ammunition necessary to blow away this nonsense defense.

My job is also to identify all applicable policies of insurance (no-fault, liability, health, under-insured motorist’s coverage, etc) to ensure that if I am successful in getting a large judgment against the driver, that I will be able to successfully recover that judgment from an insurance carrier.

Finally, it is my job to make sure that my client’s medical bills and lost wages are being paid by the appropriate insurance carrier. I can’t begin to tell you how much time I spend fighting with insurance companies to force them to pay what they should be paying but they are dragging their feet or offering some nonsense reason why they do not think they have to pay…..

In Brian’s case, the elderly driver only had the bare minimum of insurance required by NY law– $25,000. As anyone who has paid for any hospital visit knows, $25,000 goes nowhere these days. Luckily, Brian had the foresight to purchase SUM insurance as part of his insurance on his car.

As I have urged before, I believe SUM is the most important coverage EVERY cyclist should have on their auto policy. You can read more about SUM in my NY Bike Accident Blog post, “SUM Insurance: The Inexpensive Coverage Every Bicyclist Must Get.” Basically it provides additional insurance coverage from your own insurance company when the other person’s insurance coverage is insufficient to compensate you for your damages. SUM coverage is cheap and to put it most bluntly, I think any cyclist who is already paying a lot of money for car insurance would be nuts to not have at least $250,000 of SUM coverage.

At this point in Brian’s case, we have fully investigated the collision and preserved all evidence. We have ensured that his medical bills and lost wages have been paid. At this point we are unable to wrap up Brian’s case because unfortunately he still needs an additional surgery on his shoulder to be performed this fall.

It is my practice to hold off on settling any claim until my client’s medical condition has stabilized because once you settle a claim, it is over forever and therefore you want to make sure things are as stable as possible before settling. Accordingly, we are just awaiting the outcome of Brian’s surgery before entering in to the final negotiations with the insurance carriers.

I hope all of this lets folks have a better understanding of how this all works. Feel free to let me know if you have any questions.