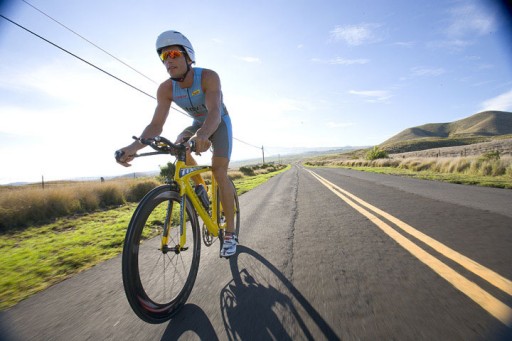 It’s sad that it takes the death of many cyclists before the NY Legislature took action to address a dangerous problem – motorists unsafely crowding cyclists while passing.

All I can say is, “better late than never.”

The  new law is known as Merrill’s Law. It requires that drivers in New York state keep a safe distance from cyclists while passing. The law was proposed in honor of Merrill Cassell, who was killed when he was sideswiped by a bus while riding his bike. The bus driver in Merrill’s case was not even ticketed.

In some states, it is mandatory for motorists to drive at least 3 feet away from the cyclist when passing. The new NY law is not quite so good. It is a little vague to require that motorists to keep a “safe distance” from a cyclist while passing that cyclist.

It will be up to the courts to define what constitutes a “safe distance” – but clearly if a motorist sideswipes a cyclist, they were NOT a safe distance away from that cyclist!

The new law has been passed by both the Senate and Assembly and is awaiting the Governor’s approval. If approved, the law would become effective November 1, 2010.

I came across the article “Bicycle Safety Legislation Passes New York Legislature” at WGRZ.com. It explains the issue and the legislation, and a copy is pasted below. The passage in red concerns the “safe distance” vs. 3 feet issue – and one lawmaker makes the point that 3 feet may not always be enough of a safe distance.

ALBANY – Following the death of a 66-year-old bicyclist in Westchester County last November, the New York Senate and Assembly have passed legislation that would require vehicles to pass cyclists at a safe distance to prevent accidents.

Westchester Putnam Bike Walk Alliance member Merrill Cassell was biking on Route 119 at the Greenburgh/White Plains border Nov. 6 when he was sideswiped by a Bee-Line public bus and killed. The bus driver didn’t receive a ticket.

The legislation, which passed the Senate 57-3 last Friday and Assembly 102-0 Monday evening, now goes to Gov. David Paterson for his consideration. If signed, it would take effect Nov. 1, and violators could receive a traffic infraction.

Senate sponsor Andrea Stewart-Cousins, D-Yonkers, said Cassell, a Hartsdale resident, was a constituent who fought hard to get people out of their cars, educate the public about bike safety and make roads safer for cyclists. The legislation has become known as “Merrill’s Law.”

“And his death was certainly tragic, but we all felt that because he had given so much of his life to ensuring the enjoyment as well as the safety of bicycling that we should not let his memory be lost and certainly his death would not be in vain,” she said.

The bill would improve safety for people who cycle on right side of the road by requiring passing vehicles to keep a safe distance from the left side of the bicycle.

“It’s great that they’re doing this and it’s got his name on it and hopefully it will save many lives,” said Tania Cassell of Miami, Merrill Cassell’s daughter. “And it may have saved his life.”

Merrill Cassell was passionate about the outdoors and fitness all his life, running in numerous marathons, his daughter said. He became an avid cyclist after retiring as budget director for UNICEF, she said. “He just loved it. The neighbors knew him. He would wave to them,” said Tania Cassell, 43, of Miami.

Another piece of legislation that would affect cyclists would require planners to consider the need for bike lanes and paved shoulders when constructing or making major changes to roads. The bill passed the Senate. Assembly Transportation Committee Chairman David Gantt, D-Rochester, was pushing a version of the bill that would apply only to state roads, arguing that including all roads would be another mandate on local governments. But Gantt amended his bill Tuesday to match the Senate’s, said Bill Ferris, the AARP’s legislative representative.

The legislation would not require bike lanes, paved shoulders and other amenities if they were deemed too expensive.

On Merrill’s Law, the original legislative proposal was for a 3-foot passing law, which 16 states have, said David McKayWilson, president of the Westchester Putnam Bike Walk Alliance. There was opposition in the Assembly, so the bill was changed to passing at a safe distance. Eight states have such laws, including Oregon and Washington, which are pro-bike states, he said. In some circumstances 3 feet may not be enough, said Wilson, such as when trucks pass bikers.

The Westchester Putnam Bike Walk Alliance and the Westchester Cycle Club, which Wilson also heads, and the New York Bicycle Coalition worked together to lobby for the legislation. “It’s unfortunate that it took the death of Merrill Cassell to make it happen, but if there’s something good that came out of his death, then we’re glad to be able to do this in his honor,” Wilson said.

In explaining the bill to the Assembly Monday, Assemblywoman Amy Paulin, D-Scarsdale, Westchester County, said proponents want to “call attention to the fact that there have been many instances as of late where bicyclists have been killed essentially by motorists because of their hazardous driving or they’ve driven too close to them.”

Paulin, who was hit by a car and knocked off her bike as a teenager in Brooklyn, conceded that the legislation would be difficult to enforce.

Assemblyman Robert Castelli, R-Goldens Bridge, voted for the bill but said that, as a former member of the State Police, he is concerned enforcement would “be very iffy.”

“While I appreciate the idea that there is a discretionary aspect to the enforcement of it, it’s impossible to codify what safe distance is when you are dealing under these circumstances. And what’s safe to one officer may not be safe to another,” he said.