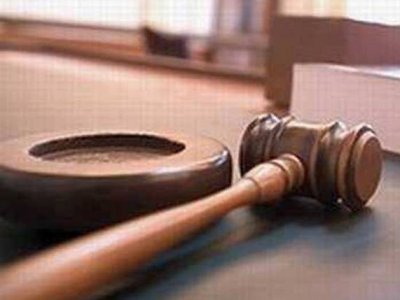 As a NY bike accident lawyer, I try to stay informed about bike accident cases throughout New York state. Recently, however, a fatal bicycle accident case right in my own backyard drew a lot of press attention. This fatal accident occurred close by the Ziff Law Firm, in downtown Elmira. I’ve included a link to the WETM-TV video about the sentencing in this case:

Justin Appleby Sentenced to 1 to 3 Years in State Prison

The June 21, 2009, accident was a hit and run. Justin M. Appleby of Elmira was driving his Dodge Durango SUV after 1 a.m. on Grand Central Avenue when he hit 38-year-old bicyclist Michael T. Rautio.

Appleby left the scene of the accident – an act that coupled with the circumstances of the accident itself, has greatly embittered Rautio’s family and many community members against him.

Both Appleby and Rautio had been drinking that night. But only one of them was driving a motor vehicle. After the accident,  Appleby told his wife he had hit a guard rail. He also applied some deer hairs to his vehicle to make it look as though he struck a deer. It appears he was trying to avoid a DWI charge and the consequences of his choice to drive. He did not turn himself in to police until 13 hours later.

All of these details are recounted in a recent Star-Gazette article by Ray Finger, “Elmira man gets 1-3 years in hit-and-run death of bicyclist.” Appleby was sentenced on March 1, 2010, to serve one to three years in state prison for the hit-and-run accident.

The charges against the driver– WHY ONLY LEAVING THE SCENE?

Appleby was charged with Leaving the Scene of an Accident. Why not Vehicular Manslaughter or another charge that reflects the severity of the accident that took Michael Rautio’s life? Why not charge him with DWI?

The answer to that question can be a complex one.  It is the District Attorney’s office, in this case the Chemung County District Attorney’s office, that makes the decision about exactly what crimes will be charged.  They make these decisions after conferring with the police investigators and analyzing all the evidence in the case.  The DA’s office must determine what facts they believe they can PROVE.  As I often say to my client’s:  There can be a HUGE difference between what I think happened, and what I can prove happened. Likewise, the DA’s office must separate all the rumors and speculation from the provable facts.  Once they have done that, they must then decide how those provable facts fit within the definitions of the different possible crimes that they might be able to charge in a particular case.  Every crime requires the proof of certain facts– these are known as the “elements” of the crime.   So after analyzing the facts and the elements, a decision is made about the charges that will be pressed in a particular case.

Let’s use the crime of DWI as an example in this case.  Why was the driver not charged with DWI?  Heck, we know that he was at a bar before the accident so why not charge him with DWI?  DWI requires PROOF that the driver was driving while intoxicated.  Sorry but proving someone was in a bar does NOT prove that he was intoxicated.  It does NOT prove he was intoxicated at the time he was driving.  That sort of proof often comes from a breathalyzer test or blood test administered to the driver shortly after the accident.  Here, the driver did not turn himself in to the police until 13 hours later which is way too late to be able to prove intoxication.

Please don’t get me wrong.  I do not condone what this driver did.  Frankly, I think he’s a piece of garbage to know that he hit someone and left them to die on the side of the road without rendering any sort of aid or assistance. Do I think he was drunk when he ran down this poor bicycle rider?  Yes.  But could I prove it?  No, not based on what I currently know about this case.  Do I think this drunk driver probably avoided a DWI conviction by hiding like a cowardly dog?  Yes.

But with all that said, I do understand why the DA’s office might have made the decision to charge the crime they could PROVE rather than other crimes where they simply didn’t have the kind of information that would have been required to win a conviction.  Unfortunately, lawyers have to make tough decisions about proof all the time…..

Chemung County Judge Peter Buckley sentenced Appleby to the maximum for the charge against him – one to three years in state prison. Judge Buckley said that “Justice calls out for only one result, which is state prison.” Although it is likely that Rautio died instantly from his severe injuries, the judge also pointed out that to sentence Appleby to less than the maximum would send a message that you can get off lightly for leaving an injured person at an accident. How much worse for Rautio – or any bicycle accident victim – if they are left to suffer without assistance.

In the courtroom, the community, and in online  bicycling forums, many are expressing their feelings that the sentence was too light. In the courtroom before sentencing, Rautio’s mother and sister addressed Appleby, saying how much they hated him for depriving them of a son and brother.

The practical realities of PROVING the crime

It is tragic to the families of accident victims such as Michael Rautio, but the truth is that there a big difference between thinking you know what happened versus being able to PROVE what happened. That burden of proof is an exacting standard for attorneys seeking justice for clients and for the judges upholding the law.

In this case, the accused received the full sentence for the charges law enforcement officials were able to prove against him. To the accident victims family and an angered community, it’s not nearly enough.