Not The Way I Wanted My Ride to End…… 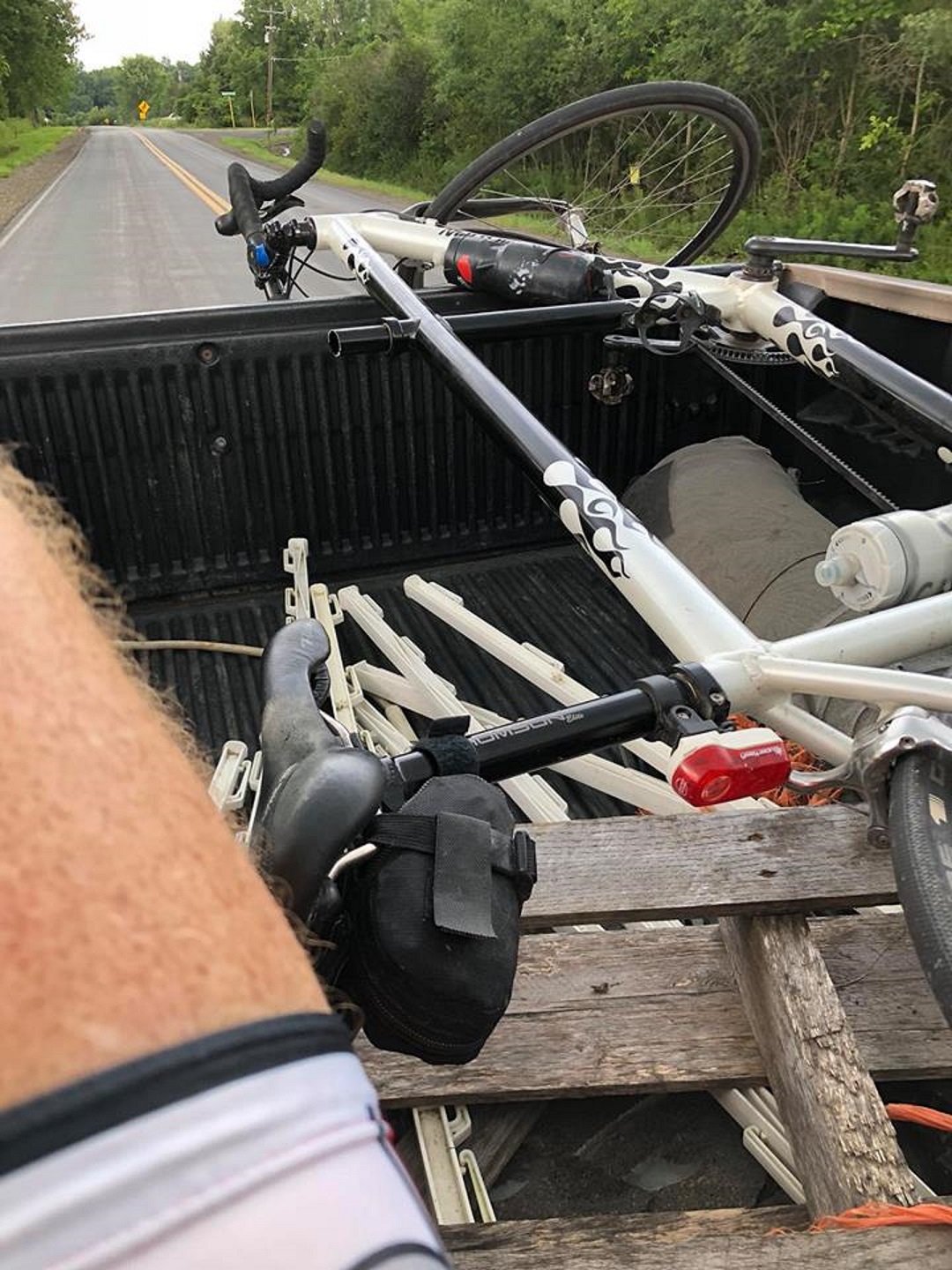 This is how my ride ended……in the back of a pickup truck driven by Rusty, a local Good Samaritan, who made sure Meg and I got home safely after our tandem seatpost unexpectedly failed causing us to crash.

My wife, Meg, and I have been riding together on a tandem bicycle for 20 years. We ride single bikes most of the time, but the tandem gives us a great way to share our passion for cycling and spend time together enjoying the beautiful Finger Lakes countryside. 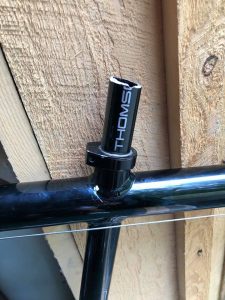 My seat post also held Meg”s handlebars until they sheared off.

We are lucky to be alive, though, after our tandem suffered a major structural failure that sent us crashing to the road on Aug. 19 during one of our rides. It was a terrifying few minutes we will never forget, followed, very fortunately, by the kindness of a Good Samaritan named Rusty who saved the day for us.

Before Rusty arrived, though, it was just Meg and I riding on Logan Road in the Town of Hector, a road we have ridden hundreds of times. We were about five miles from our home after riding about 25 miles.

I had visually inspected our tandem before we left our house. We had just returned from a week of riding the roads of Vermont together, where we traveled about 75 miles a day on the tandem. The dependable and rugged seven-year-old tandem appeared to be good shape.

In the seconds before we crashed, we sped through a steep downhill part of Logan Road at 35 to 40 miles per hour so we could build momentum for a steep incline just ahead. It felt like a routine ride for us. 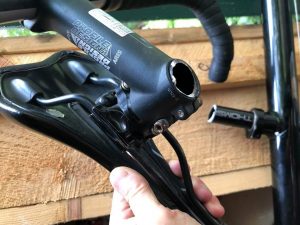 The bottom of my seat shows where the post broke off.

But as we climbed the steep incline gradually slowing as we reached the crest of the hill, I felt an awkward movement from Meg, and then the bike pivoted sharply to the left. Meg’s handlebars (and my seat post) had broken off in her hands and we lost the ability to control the bike.

The next thing I knew, we were both on the pavement and one of Meg’s elbows was bleeding. I quickly moved Meg to safety, well off the road, and checked her injury. She was in pain, but suffered no serious injuries. I was fortunate to escape any injury.

I went back out on the road – no traffic had passed yet – and could see right away what happened that led to our crash: the metal post that held my seat, and Meg’s handlebars, had sheared off leaving a sharp, exposed edge.  We were so lucky that we didn’t get impaled by the the broken post as we crashed to the ground……

I moved the bike off the road and, as I was preparing to call one of our neighbors for a ride home, Rusty drove by. He passed us at first, probably not seeing us right away, but he backed up and asked if we needed help.

Once I explained what happened, he helped us pile our broken tandem into the back of his pickup truck. He offered to take us to the Hector Fire Department to have the EMT on duty look at Meg’s injury, but we declined, so we headed back to his farm so he could get his bigger pickup truck, and from there, we were home in minutes.

Rusty took a chance on us, welcoming two banged-up strangers into his truck without hesitating. His compassion reminded us – once again – how lucky we are to live in the Finger Lakes where it’s not at all uncommon for locals to graciously help one another.

Meg and I offer our thanks to Rusty and the many other Good Samaritans in the Finger Lakes who don’t think twice about helping a stranger in need.

A version of this story has appeared in The Odessa File.