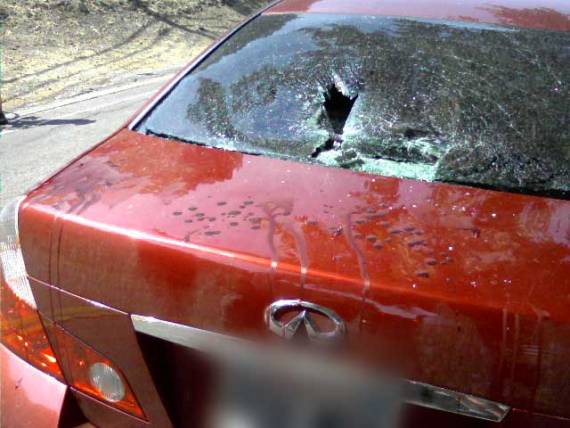 It is every bicyclist’s worst nightmare — suffering horrible injuries or death at the hands of a careless driver.

We all know that there are many careless drivers on the road but a recent California case exposes a disturbing danger that is even more horrific to consider than the simple carelessness of a driver — the senseless, cruel and INTENTIONAL injury of a bike rider by a motorist.

Sad to say, but recently I am seeing a HUGE increase in the number of cases of motorists’ road rage against defenseless bicyclists:

The California motorist-versus-bicyclist road rage case involved an enraged driver who screamed at two bicyclists telling them to “get off the road,” sped in front of the bikes, and then slammed on his brakes causing one of cyclists to crash head-first through the back window of the car.

The driver, ironically a doctor, coolly called 911 and told them that there had been a bike-car accident.  Unbelievably, the doctor minimized the injuries to the horribly injured cyclist, telling the 911 operator who asked if the cyclist’s injuries were serious that “They’ll tell you they are, but they’re not.”

Even more horrific is what the driver admitted about the cause of the accident: “I slammed on my brakes.”  He went on to tell the first police officer who arrived at the scene: “I wanted to teach (the cyclists) a lesson,” and “I’m tired of them.”

But this case was different.  Thanks to a diligent investigation by the police and a criminal prosecutor’s office that was not afraid to aggressively pursue prosecution of the dangerous driver, formal CRIMINAL charges were filed against the driver.

(For an explanation of the distinction between criminal charges and a CIVIL lawsuit, please check out my post: What is the Difference Between Civil and Criminal Cases in Bicycle Accident Cases? [insert hyperlink])

The officer and local prosecutors charged the driver with a number of serious criminal charges:

At the time of this post, the jury is out deliberating on the fate of the criminal charges against the driver.  As a cyclist, I am keeping my fingers crossed that the jury sends a loud and clear message to all drivers everywhere:

Bicyclists have a right to use the road and ANY injury to a cyclist will be prosecuted, criminally and civilly, to the fullest extent permitted by the law!

For all the gory details of the California case, you can read the excellent VeloNews coverage in these posts:

Thanks for reading and RIDE SAFELY,
Jim