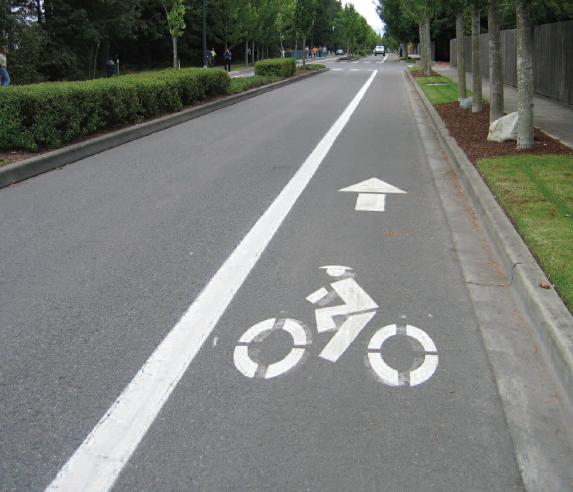 Some cities get it — bike lanes make it safer for bicyclists. Ithaca should not take a step back and erase the bike lane on North Cayuga Street.  Note:  This photo is a typical bike lane, not Cayuga St.

Some Ithaca residents are fighting a great new bike boulevard on well-traveled North Cayuga Street, despite mostly public support for the creation of the bike lane during the approval process in Common Council, according to a story this week in the Ithaca Journal.

The street has been repaved and relined and repainted for safer bicycle travel. The $10,000 in improvements are done for now, and reversing the work could cost up to $15,000, city officials said.

This week, the newspaper reported that five Council members were included in a letter by North Cayuga Street resident Josephine Martell, all saying they did not support the bike lane.

Several elderly residents, according to Martell’s letter, moved in part because of fewer parking spots, and her letter called for the reopening of meetings and public hearings.

The city is not eager to do this, and rightly so. The city seemingly did everything by the book and now that it’s a reality, some residents are making noise that the city should ignore.

Bill Goldsmith, a Board of Public Works member, said it would have been better to receive the information from Martell earlier in the board’s “well-publicized” process. He said he was frustrated that the opposition to the project became public as the work was being completed. 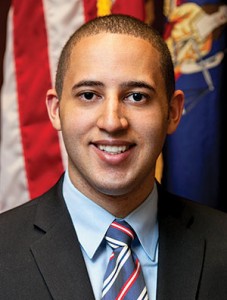 Ithaca Mayor Svante Myrick said the people have spoken and they want the bike lane.

Ithaca Mayor Svante Myrick said reversing the decision would lead to some backlash and urged a decision be put off until the future.

“I’m philosophically and fundamentally troubled by infrastructure decisions motivated solely by the interests of local residents,” Myrick said. “I spend a lot of time talking to residents, and I can tell you if that is how we made all our decisions, there wouldn’t be a block in our city without speed bumps or a dead-end street, and every other street would be a thruway.”

City Engineer Tim Logue said parking surveys of the street were completed early on, with the determination only the 800 block of Cayuga Street and Lincoln Street would have little parking and that there would be plenty of side-street parking available.

Bike boulevards or lanes save lives. They provide room for motorists and bicyclists to share the road safely. I understand residents can get upset about the loss of parking spots. But isn’t it better for everyone if our roads are safer?