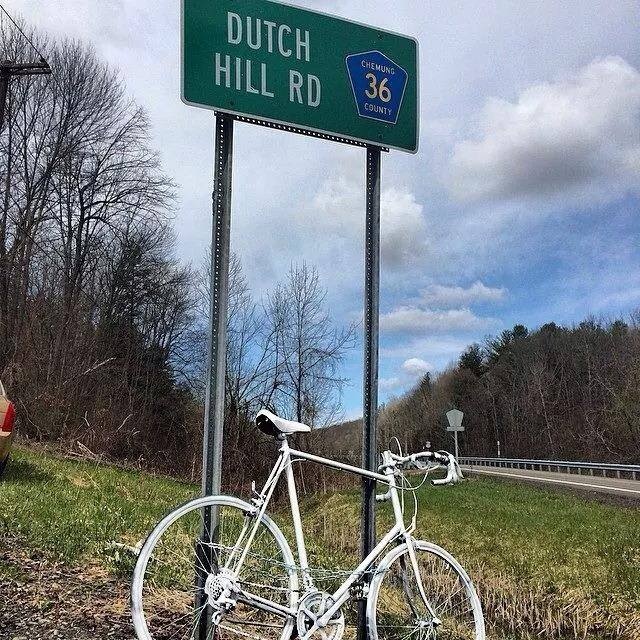 A ghost bike, painted white on May 4 by Matt Miller’s family and friends, has been installed at Hendy Creek and Dutch Hill roads in the town of Southport, near the scene of the fatal accident.

The Awareness Ride in Memory of Matt Miller, held last night at Eldridge Park in Elmira, was a huge success. Hundreds of people turned out to remember Matt, who died April 25 after he was struck by a left-turning motorist in the town of Southport.

I want to thank Twin Tiers residents for coming out under gloomy skies and showing their support for Matt’s family and helping to raise awareness about bicycle safety.

You can see news reports here and here.

The large and diverse but tight-knit community that attended included riders from Waverly, Ithaca, Bath, Corning and so on, so it was clear that folks felt the issue of bicycle safety was important enough to make a long drive to attend.

There were riders from all walks of life and experience – casual riders to racers, road bikers and mountain bikers, senior citizens and children of all ages. 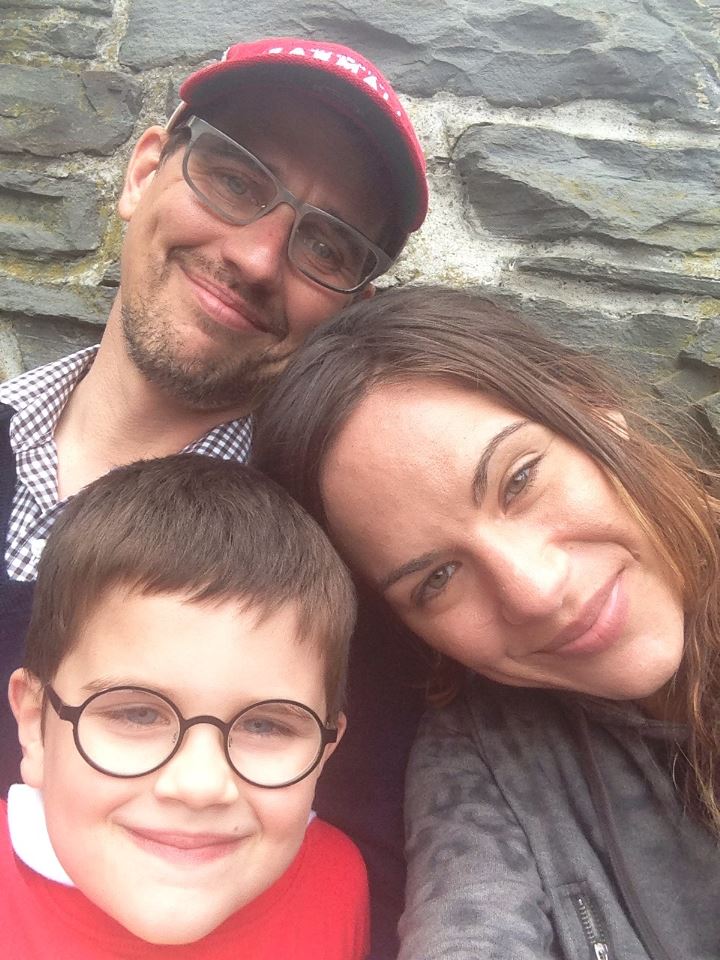 Matt and Michele Miller and their 7-year-old son, Holden.

Now I hope the Awareness Ride, which started and ended at Eldridge Park but moved through city streets with a police escort, will serve as a reminder to all drivers to always look twice when making a left turn because you could save a life.

Matt, a former Elmiran, was just 43 years old when he died April 25 at Robert Packer Hospital in Sayre, one day after a left-turning motorist crossed a double-yellow line and struck him head-on. Matt is survived by his wife, Michele, and their 7-year-old son, Holden. The driver, Keith Stewart of Pine City, was ticketed for Failure to Yield the Right of Way.

I am representing Matt’s family in all matters pertaining to Matt’s death, including a wrongful death action to financially provide for his family. The 1989 Elmira Free Academy graduate was a stay-at-home father.

Friends of the family have set up a fund-raising effort called Holden’s Heros to help provide a college education for Matt’s son Holden. Those wishing to contribute may do so at:  http://www.youcaring.com/tuition-fundraiser/holden-s-heros/175064

In my 28 years of representing injured cyclists, over and over again I see the same cause of these collisions: Left-turning vehicles, where the motorists claim to have never seen the cyclist. The law charges every motorist with the obligation to see what is there to be seen, and accordingly, motorists should look twice before making any left turn.

My special thanks to my good friend, Paul Kingsbury of Kingsbury Cyclery in Elmira, who organized the ride.

He had this to say after the ride:

“Organizing the Awareness Ride in remembrance of my friend Matt Miller was an amazing and emotional experience,” he said. “I’ve never planned such an event before and I’ve never asked for help before when everybody said yes so quickly! I was overwhelmed by emotion almost every day as I was planning this. It was difficult to tell if it was because of sadness or because of the tremendous support I received from friends and especially from people who never knew Matt, people who I’ve never met who came forward online and helped. Absolutely amazing! It was an incredible experience to organize the Awareness Ride, something I’m thankful I was part of, but my deepest hope is that we never have to organize another memorial ride.”