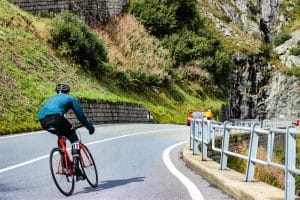 Bicycle crashes that result in fatalities are more common than you may think. Did you know that more than 800 people die yearly around the country in bike crashes? Of those, 98 percent involve a motor vehicle, and alcohol plays a role in about 37 percent.

One such fatality took place on Jan. 19, 2020, in Collier County, Florida. A 62-year-old cyclist was crossing through an intersection when a Jeep ignored a stop sign and hit the rider. Witnesses described the accident as “really horrifying” and said that seeing this happen stuck with them for a long time.

In this case, the person driving the Jeep did not flee the scene of the accident. Instead, the motorist got out and moved the struck woman to a safer place while awaiting emergency medical help.

After being rushed to the hospital, the bicycle rider died, and people assumed that the driver would be handed criminal charges. However, in Florida, as is true in many states, failing to observe stop signs isn’t automatically seen as reckless driving. Law enforcement considers it a subjective matter because state law says that the responsible party must display a “willful disregard for safety” to meet the reckless standard. In the Collier County case, even though state troopers confirmed that the driver didn’t follow traffic laws, authorities opted not to file charges because they didn’t feel the motorist acted willfully. Instead of criminal charges, officials issued the driver a traffic citation.

The decision has caused an uproar in the area, and other cyclists are outraged over the lack of repercussions.

Thanks to an increased public push toward sustainability and personal health, bike riding is becoming more popular. Additionally, motivated by a desire to decrease fossil fuel reliance and alleviate traffic congestion, towns and cities are partnering with e-scooter and cycle-share companies to make wheels readily available. Despite dedicated bike lanes and other safety regulations, bike riders are dying on America’s roads.

Florida law enforcement officials handling the Collier County case are choosing not to prosecute the Jeep operator. However, the driver may not have escaped harsher censure so easily in other jurisdictions. After all, traffic laws exist for a reason: to keep us safe. This includes keeping cyclists safe as well as pedestrians.

As bicycle travel becomes more prevalent, legislators and law enforcement will need to revisit existing statutes to ensure they still work for today’s realities. Cyclists need to know that the law is on their side and that irresponsible motorists are held accountable for negligent driving.