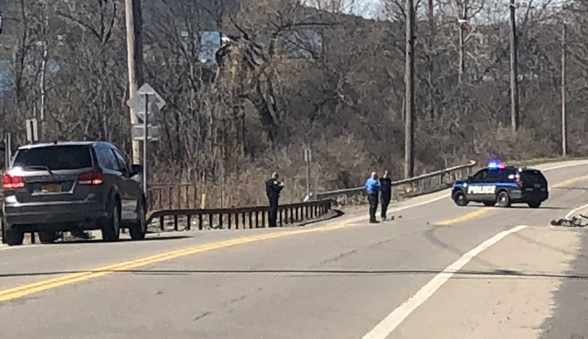 Charles G. Rogers, a 68-year-old bicyclist from Elmira, was struck and killed by a hit-and-run driver with a suspended license Tuesday afternoon on Grand Central Avenue in Elmira, police said.

Mr. Rogers was crossing in the crosswalk on Grand Central near the Clemens Center Parkway Extension, close to the north entrance to Eldridge Park, at about 2 p.m. Tuesday when he was struck by a northbound 2006 Ford Fusion driven by Sara Harnas, 40, of East 11th Street in Elmira Heights, according to Elmira police.

He was transported by Erway Ambulance to Arnot Ogden Medical Center in Elmira, where he died a short time later, police said.

Ms. Harnas initially fled the scene and was only apprehended by the swift and brave action of a witness who followed her while calling 911. She was taken into custody by Elmira Heights police officers on East 14th Street in Elmira Heights near Lake Road.

Ms. Harnas was charged with Leaving the Scene of a Fatal Accident and First-Degree Aggravated Unlicensed Operation, both felonies, and arraigned on Tuesday night in Elmira City Court and sent to the Chemung County Jail, police said.

The investigation continues and additional charges are expected, police said.

As a member of the Elmira bicycling community, my heart goes out to the family of Charles G. Rogers.

As a local bicycle advocate and Board member on the NY Bicycling Coalition, I will be working with our biking community to ensure that this reckless drunk driver is prosecuted to the fullest extent of the law. 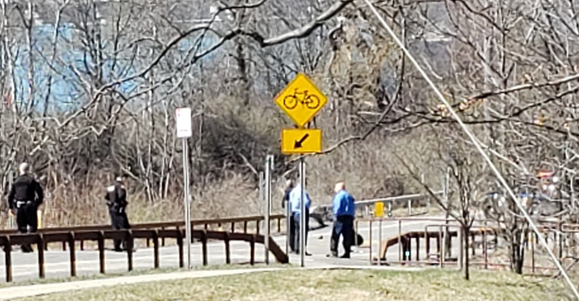 We thank the wonderful citizen who followed the hit-and-run driver until the Elmira Heights police pulled Ms. Harnas over. Of course, more details will emerge as the Elmira Police Department completes its investigation, but it is our hope that this drunk driver will be prosecuted to the fullest extent of the law.

In the meantime, again, our condolences to Mr. Rogers’ family and friends.