Bike Accident Lawyer’s Powerful Article Shows The U.S. Has Much To Learn From Europeans About Bicycle Safety! 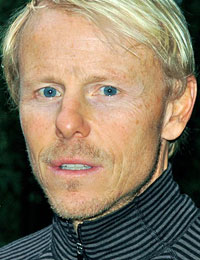 My fellow bike accident lawyer colleague from Oregon, Bob Mionske, a former Olympic and pro cyclist, wrote a great article for Bicycling magazine’s website that I thought was excellent and is real food-for-thought as to how the U.S. could learn a lot about bike safety from our European friends who have a very different (and better!) approach to bike safety.

Bob has graciously given me permission to re-post his article in its entirety:

In the U.S. and the Netherlands, two children on bikes are struck by cars — and the responses couldn’t be more different.

The driver who hit Burgess Hu never saw him.

She was making a right turn, and the police assume she was looking left. In other words, she wasn’t looking where she was going.

As he biked into the driveway of Excelsior Middle School in Byron, California, 12-year-old Burgess was knocked down and dragged some 60 feet before the driver came to a stop. He never made it to school that day. Instead, as the school day began, Burgess lay dead under the wheels of the black GMC Yukon.

In this country, “I didn’t see the cyclist” is the negligent driver’s universal get-out-of-jail free card. It shouldn’t be. If you say you were driving and didn’t see somebody, it’s almost always because you weren’t paying attention. Maybe you were reaching for something in the front seat, or maybe even the back seat. Maybe you were daydreaming. And then suddenly, there’s a cyclist who “came out of nowhere,” smashing into your car.

When the driver says, “I didn’t see the cyclist,” that’s usually enough for everybody to call it a “tragic accident” — and we don’t want to hold people accountable for accidents, do we? Certainly not. Not if you’re a legislator. Not if you’re on a jury. And not if you’re the California Highway Patrol, investigating the scene where an SUV just ran down a kid at a school. No, it’s not that the driver wasn’t looking where she was going. It was just a “tragic event” and the driver is “devastated.”

You want to know what’s really tragic? We allow this to happen. We make excuses, and offer up empty condolences, and don’t hold negligent drivers accountable, all because we’re afraid that we, too, might be held accountable for not paying attention. For not watching where we are going. For fiddling with the stereo, or shaving, or texting, or just daydreaming while driving, and not seeing what we should have seen, had we only been paying attention.

And we shift the blame, from the driver to the cyclist. If Burgess had been riding on the right side of the road, this would never have happened, we say. We don’t stop to think about the reason Burgess was riding on the left-hand shoulder: The school sits on a two-lane highway with no safe way to cross from the right side to get to the school. No traffic signal. No contra-flow bike lane. No multiuse path so kids could walk or bike to school. No Safe Routes to School program. So yeah, blame the kid. That way, we won’t have to blame the adults who let him down.

It’s the American way. But there’s another way.

Hananja Konijn, 12, was riding his bike home from school. A turning truck right-hooked him, knocking him from his bike and dragging him for a few feet before it came to a stop. Konijn died the next morning. In the U.S., we would have called it a “tragic accident” and that would be that. But this crash didn’t happen in America. It happened in the Dutch city of Zoetermeer. And in the Netherlands, accident investigations are required for every bicycle fatality. So when young Hananja was run down, police went to work.

The intersection where Konijn was killed was closed by accident investigators, who painstakingly re-created the crash, as reported in the Boston Globe:

Along with clipboards and cameras and measuring tape, they brought with them an 18-wheeler and a child-sized bicycle. Over and over, they maneuvered the two around the corner, recreating the all-too-common “right hook” accident in slow motion, each time adjusting the truck’s mirrors or the angle at which it struck the bike.

This intense attention to detail was not conducted simply to determine who was at fault in the crash. Under Dutch law, the driver is automatically at fault, unless it can be proved that the cyclist was at fault. The greater responsibility for safety is placed upon the driver because the driver is operating the more dangerous vehicle. Even if the cyclist is at fault, the driver’s insurance is still responsible for at least 50 percent of the damage to the cyclist and the bike. And if the cyclist is a child, the driver’s insurance pays 100 percent of the damages. Coupled with more serious attention to driver education, the Dutch system produces drivers who are very careful to avoid the kinds of preventable crashes that we routinely excuse as “accidents.” And by encouraging careful driving, the Netherlands is one of the safest countries for cyclists.

Still, accidents do happen, even in the Netherlands. But when they do, the authorities respond, and drivers are held accountable. The truck driver who right-hooked Hananja Konijn was charged within days. A year later, the judge handed out the maximum sentence of 240 hours of community service and a suspended sentence of two months in prison. His driver’s license was revoked for 18 months.

The Dutch response to the fatality didn’t end there. Remember that painstaking accident reconstruction? The intersection where young Hananja Konijn had been killed was redesigned within a month of his death. A mirror was installed beneath the traffic light to help drivers see approaching cyclists. A bike box was also installed, so that cyclists would be able to cross the intersection before a driver could right-hook them. And the bike lane was doubled in width by removing an automobile lane, and painted bright red.

As one Zoetermeer resident explained:

“When you have an incident with such an impact on the community, with such feelings of anger, you have to show the people you’re taking it very seriously. You actually have to change the situation to make it less dangerous.”

Can we do the same here? The choice is ours.