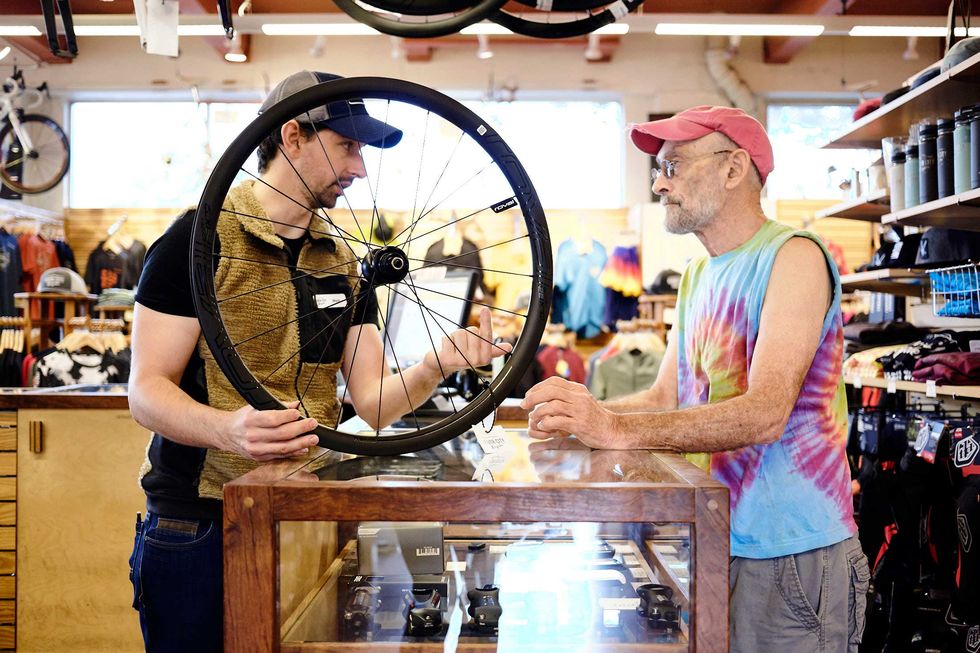 This summer, Bicycling magazine has a story that really hits home with many bicyclists. “Hey, Bike Shops: Stop Treating Customers Like Garbage” captures what many of us from all skill levels (and sizes) have reported across the country: in SOME local bicycle shops, bad attitudes and arrogance have taken the place of great customer service.  Thankfully, we have some excellent local bicycle shops (see below) that provide GREAT service and expert advice.

Author Gloria Liu opens the story by introducing readers to the all-too-common tale of a bicyclist named Richard Boothman of Ann Arbor, Michigan. After his bicycle was stolen, Boothman began visiting bike shops in his region. He was 5-foot-10 and 250 pounds and recalled encountering a “definite snob factor” from some store employees and owners.

“It was clear when I walked through the door that I was being typecast,” Boothman said. He wanted a sporty bike and salespeople kept sending him to comfort bikes.

He recalled one experience where an annoyed salesman referred to him as “Clyde.”

“Hey Clyde,” Boothman said the salesman said. “’Why don’t you sign this release for your test ride?’ I thought it was kind of odd, but I didn’t think much of it. About a year later, I learned people my size are called Clydesdales.”

In reading the comments at the end of this story, dealing with the cycling male bro culture – as one bicyclist referred to it – is something facing all bicyclists: those trying to improve their health, female bicyclists, and even veteran riders in peak shape. The bro culture in some shops seems to treat everyone with contempt. 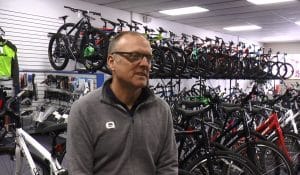 I am a longtime BikeLaw lawyer for Upstate New York and I was asked to share my bike shop recommendations with the national BikeLaw network. Here are the three shops I shared where I have many years of great personal experience.

Boothman eventually found a great bike shop that understood respect and customer service, but the problem persists in many bike shops.

Earlier this year, Bicycling magazine surveyed riders about their bike shop experiences and the results were a wake-up call for the bike industry:

According to the survey, 60 percent of 718 people who responded said they have had at least one negative experience with a bike shop employee that made them feel unwelcome. In addition, 38 percent said it has happened more than once, or often.

And more bad news: 56 percent of women and 44 percent of men have stopped going to a shop because of a bad encounter with an employee.

The best bike shops, like the ones I listed above, take care of all customers, not just their friends and regulars.

The bottom line is bike shops are in trouble: The National Bicycle Dealers Association found in 2017 that the number of independent U.S. bike dealers had fallen from 4,256 in 2010 to 3,700 in 2016, a decline of 13 percent. In that same period, revenue declined 3.5 percent in the bike industry.

Author Gloria Liu hits the nail on the head here:

Shops that treat customers poorly aren’t only hurting their own bottom line. Bad experiences in bike shops can turn off beginners or anyone who doesn’t “fit the mold.” Fewer riders means it’s harder to advocate for better bike infrastructure. And because shops are invaluable social hubs for cyclists, if one closes, the local bike community suffers.

Another big problem for independent bike shops is the loss of skilled technicians because of low pay. In 2017, according to a national report, the average salary of a senior mechanic was $31,861 and a junior mechanic’s average salary was $23,413. On top of that, only 45 percent of independent dealers offered health insurance.

Richard Boothman, the formerly overweight bicyclist, found a bike shop that he clicked with and got a great bike after some great service and rode his way to better health through increasingly longer rides. He’s retired now, but he faces a new hurdle: his bike shop closed in April and he’s looking for a new one. Now he knows what to look for.

“I’m a far more sophisticated customer now,” he said. “I’m looking for that personal relationship that you’re never going to get with an online bike purchase.”