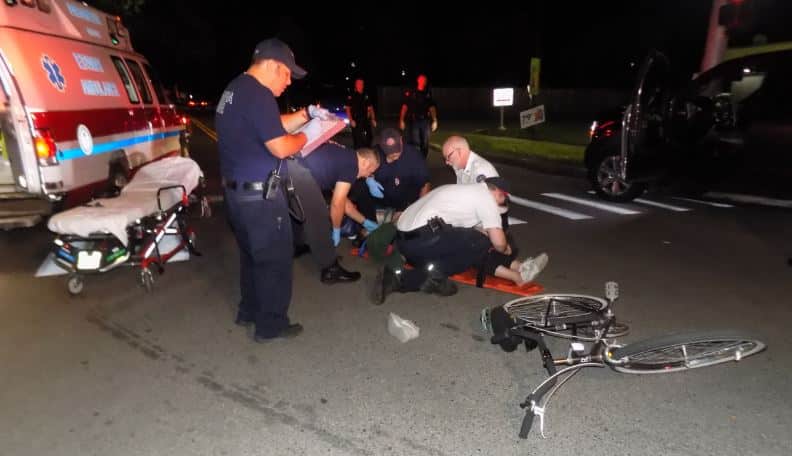 Attorney Jim Reed fought for and won a $245,000 settlement for an Elmira bicyclist hurt in this crash.

Most cases rise or fall on the facts of the case, but occasionally, there is a case that only succeeds because of the quality of the lawyering in the case.

Attorney Jim Reed, an avid bicyclist himself, recently obtained a settlement of $245,000 for an Elmira woman who was struck by a pickup truck while riding her bicycle.

What made this case tough was the fact that the police ticketed the seriously injured bicyclist for failing to have a light on her bicycle. The crash occurred in the early evening at a well-lit intersection.

This ticket was problematic and could have derailed the bicyclist’s injury case for two reasons:

First, the ticket was incorrectly issued because the bicyclist DID have a light while riding her bicycle.

And second, Jim Reed knew, based upon his handling of many bike crash cases, that the insurance company for the pickup truck driver would seize upon the ticket issued to the bicyclist to argue that the crash was her fault, rather than the driver’s fault.

So Jim Reed went to work.

First, he challenged the ticket issued to the bicyclist. Although hotly contested, the ticket was ultimately dismissed by the court because the police failed to timely provide required documentation of the details of why they issued the mistaken ticket.

Then Jim went to work proving to the insurance company both that its driver was at fault, and that due to his careless driving, the bicyclist was seriously injured. Jim’s investigation identified an independent witness in another vehicle who confirmed that the truck driver was going too fast as he entered the intersection and turned into the path of the bicyclist.

Finally, after extensive arguments and negotiations, the insurance company finally agreed to settle the case for $245,000 – which both Jim and his client felt was fair and reasonable compensation for her injuries.