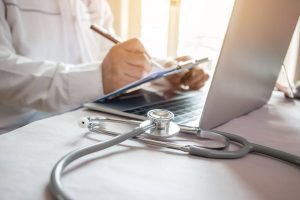 Over 136 million people in the United States visit emergency rooms. Of this number, over 40 million arrive at emergency departments as the result of injuries. Over 16 million people are admitted to a hospital as opposed to being treated at the emergency department and discharged. Of that number, over 2 million men, women, and children end up admitted to a hospital critical care unit. Unfortunately, in addition to these grim statistics, patients are injured further each day as the result of emergency room malpractice.

Establishment of a Doctor and Patient Relationship

A fundamental element of pursuing an emergency department medical malpractice claim is the existence of a doctor and patient relationship. More often than not, this relationship is not difficult to establish when an individual is admitted into the emergency room of a medical center. For example, a doctor who assesses a person on admission to an ER will have engaged in conduct sufficient to establish this type of legal relationship.

The hospital itself is also a likely party to an ER medical negligence claim. Thus, a healthcare facility and patient relationship needs to be established as well. The admission of a patient to the emergency department establishes such a relationship. Moreover, the possibility also exists that if a hospital ER fails or refuses to admit an ill or injured person into the emergency room when such admission reasonably should have occurred, that medical center may also be subject to an actionable malpractice claim.

Existence of Duty of Care

The first element of a medical negligence claim is the establishment of a duty of care. Once a doctor and patient (or hospital and patient) relationship is established, the involved healthcare professionals have a duty to exercise reasonable care in regard to a patient.

Breach of Duty of Care

The second element of an emergency department medical malpractice claim is showing a breach of that duty of care. In other words, a doctor, hospital, or other medical professional or facility failed to exercise the level of care a similarly situated healthcare provider would have used under the same or similar circumstances.

Injury Resulting From Breach of Duty of Care

The third component of a medical malpractice claim arising from emergency room treatment is a demonstration that the breach of duty of care was the cause of the injury to a patient. Finally, a person making a malpractice claim must demonstrate that they suffered actual and not potential injuries, damages, or losses.

Protecting Your Legal Rights in an Emergency Room Malpractice Case

Pursuing an emergency department malpractice claim is a complicated legal matter. If you believe that you are the victim of ER malpractice, it’s important to protect your legal rights by retaining the professional services of an experienced malpractice lawyer, like a member of the legal team at the Ziff Law Firm.