Members of the military know that risking their lives comes with the job, but those who serve aren’t always able to protect themselves from medical malpractice committed while in the military. Whether injured, victims of non-combat carelessness, or even disabled for life, many service members don’t discover the difficulties of pursuing a malpractice suit until too late. 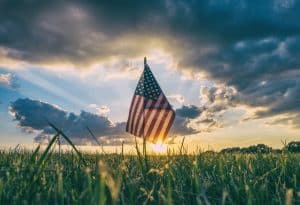 One such malpractice suit recently involved Capt. Katie Blanchard, a military nurse who was set on fire at Fort Leavenworth, Kansas, by a subordinate civilian in 2016. After two years, she filed a suit stating that her superior’s negligence was a major factor in her permanent burn injuries, and that the United States should be held accountable for medical costs, her income loss from having to leave her nursing career, and support toward her paying for childcare while undergoing reconstructive surgery.

The Department of Defense (DoD) recently included a new provision seeking to reduce the effects of a US Supreme Court decision from the 1950’s, called the Feres Doctrine, that prevents military members from seeking support for on-duty injuries and war-related damages.

Under this new DoD proposal, cases like Blanchard’s will have a real chance of victory and support that medical malpractice victims need most. While the provision would not technically overturn the Feres Doctrine as a whole, as of January 1st, it’s the first successful measure to prevent an ongoing injustice to military families everywhere.

The quantity of award funding will be decided in federal court based on data from real-life cases. So if the average compensation for a lost leg is $1 million, a military employee who loses a leg due to medical malpractice would receive that same amount.

It is also important to note that any such case must be filed before the 3-year statute of limitations expires.