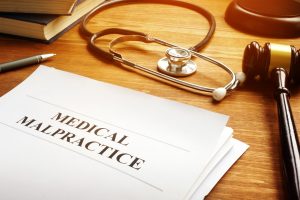 You rely on the skill of your doctor to diagnose your health condition promptly. If you have been under a doctor’s care, but there was still a delay in your cancer diagnosis, could that be considered malpractice?

What is medical malpractice in New York?

Given that medical mistakes are the third leading cause of death in the United States, medical malpractice occurs far more often than most Americans realize. The devastating thing about that statistic is that many of those medical mistakes were preventable.

For a medical mistake to be considered malpractice, you must be able to prove that the physician’s negligence caused the injury and that the injured person suffered damages because of the injury.

In this case, we are using a delayed cancer diagnosis as an example. A patient was receiving medical care, yet the physician failed to diagnose cancer for an extended period.

The consequences of a misdiagnosis

Sometimes, a delayed cancer diagnosis involves misdiagnosis, where the doctor diagnoses the wrong type of cancer at first and begins treating it while another form of cancer continues to grow untreated. Many people are aware of the importance of catching cancer early so that treatment can start right away. Johns Hopkins reports that 37.8% of cases of serious harm from diagnostic errors are cancer cases.

Additional causes for a delayed cancer diagnosis might involve an error in the patient’s lab work, wrongly determining that a patient does not have cancer, or the treating physician failing to order the correct tests which would have revealed cancer sooner. According to the American Cancer Society’s Cancer Facts & Figures 2021, an estimated 33,920 people died of cancer in New York in 2021

If you are suffering from the effects of cancer that has progressed because of a delayed diagnosis, you may want to discuss your situation with an experienced New York medical malpractice attorney. You may be able to seek compensation for the damages the delayed cancer diagnosis has caused, including severe emotional distress, pain and suffering, lost time at work, and your medical expenses related to the alleged medical malpractice.

We do not charge for our initial case review at Ziff Law Firm. Instead, allow us to help you determine if our experienced medical malpractice attorneys can seek recovery for your injuries and other losses on your behalf.