Can Bedside Manner Be Linked to Medical Malpractice? 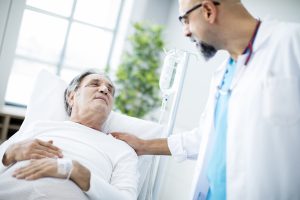 Can Bedside Manner Be Linked to Medical Malpractice?

No one wants to think about going to a medical facility for help and being mistreated by a physician. In fact, it’s easy to be under the false assumption that all doctors are great at their jobs. In reality, medical malpractice happens more than you likely want to think about.

Medical malpractice has been shown to be the third leading cause of death in the United States. That’s hundreds of thousands of American citizens dying every year due to poor medical decisions. Researchers have discovered that a large portion of medical malpractice claims are filed against the same doctors over and over.

It’s likely that you’ve met a doctor or two who isn’t overly friendly and doesn’t communicate well. These are the type of doctors who have poor communication skills, and you tend to walk away from them not feeling assured or completely understanding your diagnosis. Simply the attitude of these doctors has a significant impact on how you feel about their services.

In the early 1990s, the Journal of the American Medical Association undertook a study to compare the bedside manner of doctors who were sued and those who weren’t. They discovered some amazing facts. Those doctors who spent more time with their patients, educated them about their medical care, and used humor during their interactions were less likely to be sued.

The Top Reasons for Filing a Medical Malpractice Claim

While there are many different motivations for patients to file a medical malpractice claim, there are three prominent reasons for many. The first is the desire to ensure that a similar incident doesn’t happen to another patient. Second, the patient wants to understand how and why a negative outcome occurred. Lastly, the patient wants the healthcare provider to be held responsible for their malpractice actions.

It’s overly clear that many malpractice patients simply want to understand more about their medical treatment and conditions. They want physicians who take responsibility for their actions. Physicians who lack the necessary components of bedside manner are more likely to be sued on a consistent basis than physicians who don’t.

As you can see, a physician’s bedside manner plays a big role in whether or not they’ll be involved in lawsuits. Their ability to effectively communicate with their patients is a major factor in their level of care. It’s best to avoid treatment from doctors with a poor bedside manner as it could increase your risk of being a victim of medical malpractice.