On August 16th, 2007, 81-year old Buffalo resident, Rose Kij, suffered an abrupt weakness on the left side of her body. At the hospital, she was prescribed four times the normal amount of Simvastatin, a cholesterol medication, and after five weeks of taking the prescription, she died from a degenerative muscular condition on October 10, 2007 as a result of being overdosed. 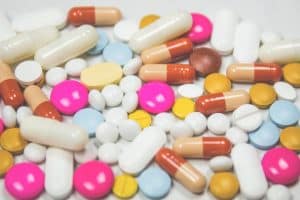 It’s only now, 10 years after her death, that a recent jury in Erie County, NY, brought justice to her case, determining that her medical treatment had been negligent and awarding her family $1,000,000 in damages for her pre-death pain and suffering.

Though she passed away, Kij’s family brought claim for damages done to her during her life by the people most qualified to help her. During the five weeks between her initial hospital visit and her death, she sustained bladder incontinence and failing kidneys that put her on dialysis treatment and suffered from worsening muscle soreness until she could no longer feed herself, walk, or keep her head up. Her medical records also show that she was given additional pain medication in at least one of the nursing home facilities she attended between hospital visits. This suggests that the Kij’’s doctors, on some level, were aware that she might be able to experience pain in the first place.

The physician who prescribed the 80 milligrams of Simvastatin was not called as a witness for the defense. Instead, the hospital brought in an expert who suggested it was not medically negligent to order the high dosage because Ms. Kij was at risk for another stroke. But with the five weeks of increasingly negative health, the jury concluded that the dosage was not appropriate and it was negligent to continue that dosage in the face of continuing declining health.

Unfortunately, it took a very long time for justice to be served but the family can get some satisfaction knowing that the Dr’s and hospital might be more careful in the future to avoid misprescribing an unhealthy dosage and to reconsider that dosage should it be making someone sicker, rather than better.