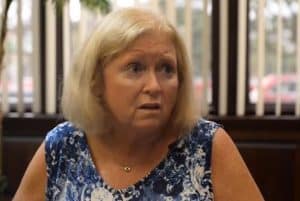 A State Supreme Court jury in Syracuse recently awarded a woman a $2 million verdict in a medical malpractice case involving a hip replacement surgery that went wrong and an orthopedic surgeon who was working in two operating rooms during his weekly 14-hour surgical marathon day.

The verdict shines a spotlight on a medical practice that most people are not aware of: surgeons operating on multiple patients in one or more operating rooms in a single day. Would you want your surgeon to treat you like you’re on an assembly line?

In this case, the jury unanimously found the orthopedic surgeon, Dr. Brett Greenky, and his practice, Syracuse Orthopedic Specialists, negligent in performing a hip replacement surgery, according to a report in the Syracuse Post-Standard newspaper. 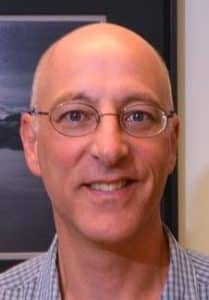 The lawsuit said patient Dorothy G. Murphy, now 63 years old, has permanent disabilities as a result of the surgery. She is in pain, is limping, and using a cane, according to court records.

On Sept. 9, 2013, Murphy was the sixth of Greenky’s 14 patients in two operating rooms at St. Joseph’s Hospital Health Center in Syracuse. He was performing mostly total hip and knee replacements that day, according to Murphy’s lawyer.

He started working at 7:22 a.m. and did not finish until 9:40 p.m. The doctor said during the trial he has a 15-hour surgery day every week and his fee is from $1,200 to $4,000 per patient based on patient insurance. At times, he said, he works in three operating rooms at once.

During the trial, Murphy’s attorney estimated that Greenky could make as much as $56,000 in one day with 14 operations.

Court records showed that although Greenky performs the surgeries, he usually leaves the final closing of wounds to resident physicians in training or a physician assistant while he moves to another operating room to begin a new surgery.

St. Joseph’s said patients are informed before their operations if other medical professionals will be involved in their surgery, but Murphy said she was not informed about this before her surgery. The hospital does not limit the number of surgeries a doctor can perform in a day.

Greenky’s practice is considered common in hospitals, and some studies consider it safe, according to the newspaper. But an expert on physician performance said that a surgeon operating for 14 hours in one day could be dangerous for patients.

The lawsuit accused Greenky of fracturing Murphy’s thighbone, or femur, during surgery and not telling her about that until six weeks later. The doctor was also accused of removing too much of the bone. Greenky denied the accusations, saying the fracture did not occur during surgery. Murphy said her outcome would’ve been much better if Greenky had spent more time on her surgery.

Greenky has been practicing in Central New York for 29 years. In a deposition prior to the Murphy case, Greenky said he had been sued five times for malpractice, but none of those cases ended with settlements or verdicts. He said he performs about 600 knee and hip replacements a year and each operation takes about 45 minutes.

Greenky’s lawyer is appealing the verdict.

Murphy, who was a federal bank examiner for 34 years, retired in 2017 because she could no longer handle traveling for work. A specialist in New York City who examined Murphy said he could not repair her thigh bone because there was not enough bone left to work with.

Murphy led an active life prior to suffering from hip problems, playing softball and soccer as an adult after running in high school. Now she needs a cane to walk more than 25 feet and struggles to climb stairs.

“It’s not the life it used to be,” she told the newspaper.

Have you had a surgeon who was operating on multiple people at the same time as your surgery? What do you think of this practice of assembly line surgeries?  I would love to know your thoughts so please share your thoughts in the comments section below.